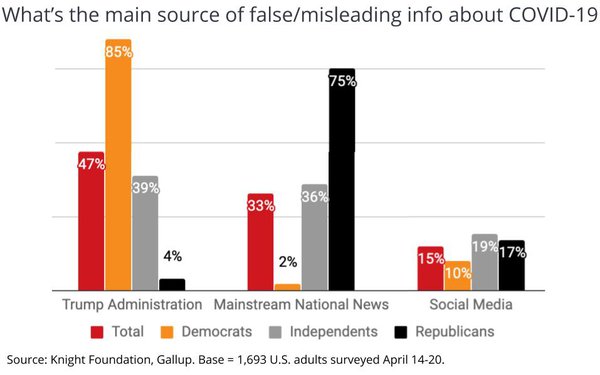 Nearly half of Americans believe the White House is the No. 1 source of false and/or misleading information about the COVID-19 pandemic in the U.S., while a third think it's the mainstream national media.

That's the top-line finding of the Knight Foundation's and Gallup's "Infodemic" report, which surveyed a nationally representative sample of Americans in mid-April to understand how they were getting information about the pandemic, and which sources were most likely to contribute to disinformation.

Beneath those net findings, the survey also revealed a politically partisan split with Democratic and Independent voters much more likely to attribute disinformation to the White House, while Republicans cite mainstream national news.

Interestingly, Americans of all parties are are much more aligned in terms of social media role's in spreading disinformation, and it's surprisingly low: with only 15% overall citing it as the main source.

Other sources, including state governments/governors and local news, barely ranked as sources of disinformation about the disease.

The study also finds that Americans of all types are working hard to get accurate information about COVID-19, and many feel overwhelmed about it. 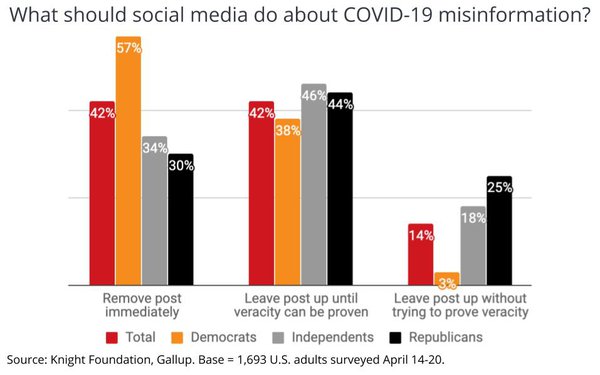