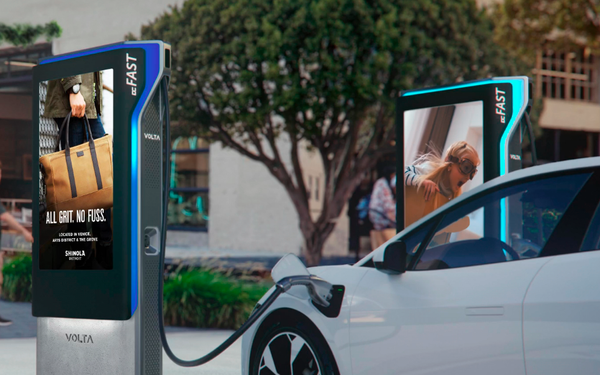 Screenvision Media, which has been hard hit by the closure of most of much of America’s cinema screens, this morning announced an expansion into other venues, including a deal with Volta to represent its ad-supported electric car charging stations.

The deal with Volta, which currently has 1,300 charging stations in 400 locations across the U.S., will extend Screenvision’s audience by an estimated 70 million impressions, the company said, adding that it would complement its existing cinema network.

“Cinema will always be our core business, and now with Volta’s substantial footprint, we are able to extend the impact of our premium video platform to high traffic retail locations for the first time,” states John Partilla, CEO, Screenvision Media. “Importantly, Volta’s presence adjacent to theaters creates a key connection point with moviegoers that starts in the parking lot and continues to the lobby and pre-show.”

Last year Screenvision broadened its ad portfolio within and beyond movie theaters, including a deal with SV Sports to provide premium video advertising at venues such as Citi Field, 22 NASCAR tracks, NBA G League arenas and Minor League Baseball ballparks, as well as relationships across the AHL and ECHL.