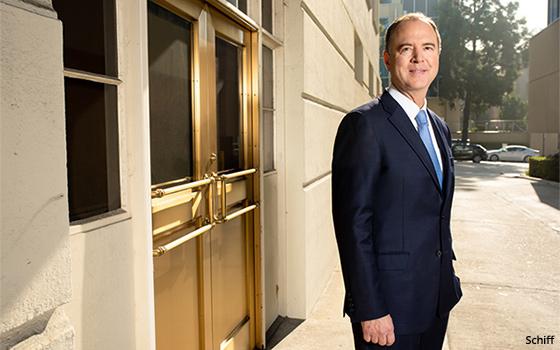 The Association of National Advertisers is urging a federal lawmaker to weigh in against the newest version of proposed California privacy regulations.

Those regulations, proposed in March by Attorney General Xavier Becerra, would implement the state's California Consumer Privacy Act -- a new law that gives consumers the right to learn what personal information has been collected about them by companies, have that information deleted, and prevent the sale of that data to third parties.

Becerra's proposed regulations would require companies to honor do-not-sell requests sent through browser-based tools -- regardless of whether consumers affirmatively activate the tools.

“Those new regulations are an entirely new requirement for businesses to honor browser signals and global privacy controls that is nowhere present in the text of the CCPA exceeding the scope of the law,” Bob Liodice, CEO of the ANA, says in a letter sent to Rep. Adam Schiff (D-California).

“Our nation’s ad-supported news media faces a regulatory hammer blow from these new browser obligations against the anvil of the pandemic-driven pullback in the broader ad market,” Liodice adds.

Browser developers have offered do-not-track signals for years, but those signals don't prevent tracking. Instead, the signals communicate a do-not-track request to ad-tech companies and publishers, which are free to honor the requests or not. Currently, those requests are widely ignored.

But if Becerra's proposed regulations are finalized, those do-not-track signals could potentially serve as do-not-sell commands that companies would be required to follow.

Liodice's letter comes in response to a letter sent to the ANA by Schiff earlier this month about a different topic -- whether advertisers are preventing their ads from appearing alongside material related to COVID-19.

“Multiple reports have indicated that many online advertisers, including many of your members, have adopted policies preventing their online ads from being displayed next to coronavirus-related content,” Schiff wrote to the ANA on May 13. “In combination with the drastic reduction in online advertising budgets as a result of the economic slowdown, these policies are reducing revenues for newspapers and online media outlets at a time of immense vulnerability.”

Schiff added: “If online advertisers block terms like 'coronavirus' and 'pandemic' across advertising channels, publishers are unable to turn increased clicks and reporting into dollars, thus hampering their ability to provide vital health-related reporting to the American public when they need it most.”

The ANA's Liodice countered to Schiff that the “graver emerging threat” to digital content is “browser-based blocking of advertising and ad-related signals.”

“Intermediaries that block ads or the ability of advertisers to reach audiences through online publishers choke the economic engine that supports the vibrant and diversified content available to consumers,” Liodice wrote. “The most urgent example involves the proposed implementing regulations for the California Consumer Privacy Act, which would require news publishers and other digital entities to accept default opt-out signals -- not choice affirmatively selected by a consumer -- that are funneled through browsers or browser extensions, putting those entities in the role of 'gatekeepers' by allowing them to block the revenue of news publishers and other sites.”

He is asking Schiff to express concerns about the proposed regulations to Becerra, in order to “prevent the codification of these dangerous gatekeeper standards for browsers into state regulations.”