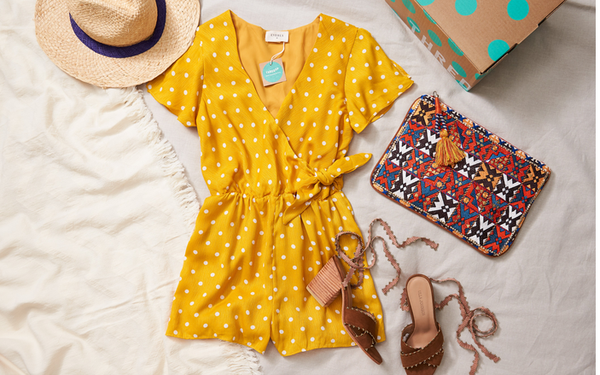 Anyone looking for proof that mainstream Americans are embracing the circular economy can make Walmart their next stop. The world’s biggest retailer says it is stepping into the used-fashion business.

The Bentonville, Arkansas-based company is partnering with thredUp, the biggest apparel reseller. In a blog post, Denise Incandela, head of fashion for Walmart U.S, says the online offer will include almost 750,000 pre-owned women and children’s items, including footwear and handbags. All will fall into the “new” or “like new” condition category, with free shipping on orders of more than $35.

Walmart’s announcement proves just how powerful the resale trend -- driven by younger shoppers -- has become. And while much of the early pioneering came from luxury sellers, including the RealReal, thredUp’s other partnership include Macy’s and JC Penney.

Back in 2015, Target ran a small–and brief–pilot program with thredUp, encouraging shoppers to clean out their closets, fill up a bag of clothing and bring it to Target, in return for a store credit.

ThredUp’s research reports that 70% of consumers have either bought or are now willing to buy fashion secondhand.

And recent research from Raymond James has found that online marketplaces are the most appealing, with larger selection, a better shopping experience and authentication services. In a survey of 465 internet users, the study found 18% are already buying used clothing online and 17% are very likely to do so in the future. Traffic to these online sites climbed 60% year-over-year. And the number of people who say they are unlikely to buy used items dropped from 45% to 38%.

While sustainability figures in many decisions to shop online, saving money and finding something special are the top two reasons for shopping resale. And the more enthusiastic consumers are about shopping, the more likely they are to frequent resale sites. “Among weekly apparel shoppers, 53% already use resale sites, while 17% are very likely to use in the future,” the report says. “In general, those that shop at least 1x a month were much more likely either to currently use, or very likely to use, in the future.”