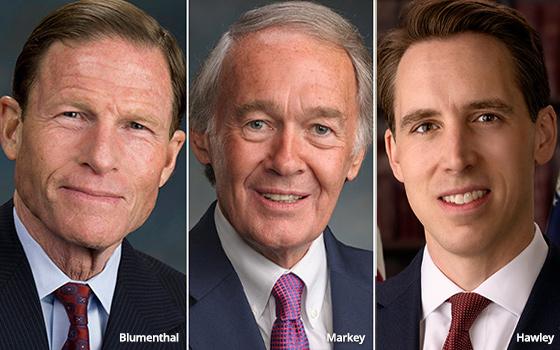 “Federal privacy laws, regulations promulgated under those laws, and consent decrees resulting from privacy violations are effective only if they are vigorously enforced,” Sens. Ed Markey (D-Massachusetts), Josh Hawley (R-Missouri), Richard Blumenthal (D-Connecticut) and Marsha Blackburn (R-Tennessee) say in a letter to the FTC.

“As the ongoing public health crisis continues to catalyze children’s increased tech use, the FTC must increase its attention to the dangers that minors encounter online, including the manipulation of kids’ attention and their data for advertising dollars,” the lawmakers add.

Their letter comes one day after 14 House Democrats made a similar request.

TikTok settled with the FTC last year by agreeing to pay $5.7 million, and to delete all videos created by children ages 12 and younger.

In May, the Campaign for a Commercial-Free Childhood, Center for Digital Democracy and other organizations alleged in an FTC complaint that TikTok is continuing to collect data from children.

The senators refer to that complaint, writing that the advocacy groups presented “damaging evidence to suggest that TikTok likely violated the FTC consent decree and may have further infringed upon child users’ privacy.”

“Faced with compelling evidence that this wildly popular social media platform is blatantly flouting binding U.S. privacy rules, the FTC should move swiftly to launch an investigation and forcefully hold violators accountable for their conduct,” the lawmakers add.