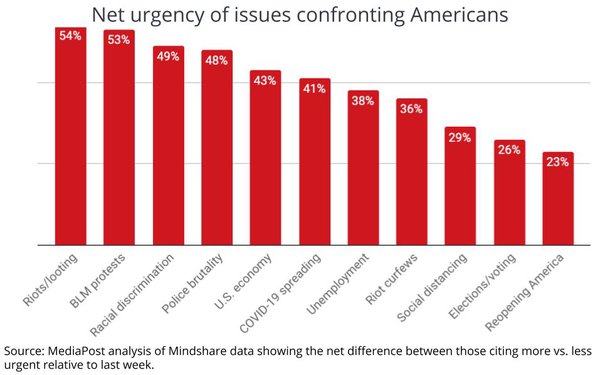 It's not just the economy, stupid. That's one of the takeaways from the latest edition of Mindshare's COVID-19 tracking research, which in recent weeks began including questions about racial injustice and police brutality and found that issues related to racism are now the most pressing among Americans.

As important as the pandemic and economic downturn have been, riots/looting, the Black Lives Matter protests, and racial discrimination ranked as the three most urgent issues, according to Mindshare's latest report.

Conversely, elections and voting, as well as the reopening of America, ranked as the last most pressing issues.

The study also found that the majority of Americans believe brands should play an important role in combating racial inequality and injustice. 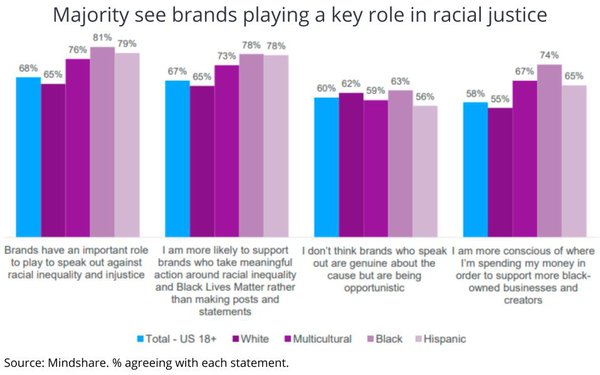