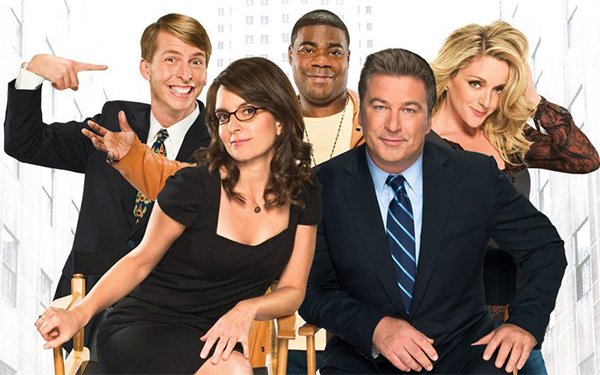 NBCUniversal’s virtual upfront presentation efforts continue this year -- in July -- with a special reunion-themed “30 Rock” upfront event, for viewers and advertising executives, to be aired on the NBC Television Network.

The hour-long, commercial-free event -- airing on NBC July 16 at 8 pm -- will also include other guest appearances from talent across many NBCU networks -- including Telemundo, USA Network, Syfy, E! and Bravo, as well as sports and news programming.

It will be followed by an encore performance on July 17 at 8 p.m on USA Network, Bravo, E!, Oxygen, SYFY, and CNBC and will be available to stream on Peacock.

A TV network’s upfront event is traditionally a business-focused live and streamed presentation for media agencies and advertising executives. NBC explained that the airing of this different kind of “upfront” event on the NBC broadcast network embraces its efforts as a unified media company across all platforms.

"We put our fans first in everything we do at NBCUniversal,” stated Josh Feldman, executive vice president, head of marketing & advertising creative at NBCUniversal. "This very special '30 Rock' event will bring together video, advertising, and humor to show the world the power of One Platform in a whole new way."

In March, NBCUniversal cancelled its traditional live upfront presentation, typically held the second week of May at Radio City Music Hall, due to COVID-19 concerns.

In its place, it held a virtual upfront event for advertising executives on May 11, where no fall programming was announced. COVID-19 pandemic disruptions caused many TV productions to be shut down.

At the time, Mark Marshall, president of advertising sales and partnerships at NBCUniversal, said: “Today is not our programming announcement.” He added: "We just don’t have a crystal ball about what will happen.”
ad buys, advertising, events, media buying, television, upfront
Next story loading