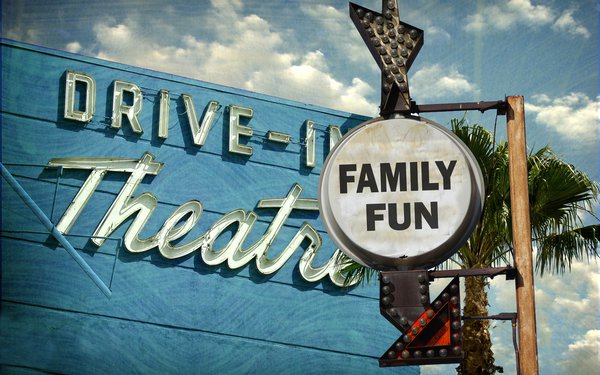 Brands have a unique opportunity this summer to reach the millions of consumers venturing outside to the thousands of drive-in movie theaters that are still operational. Consider out-of-home tied to mobile.

When The Rolling Stones canceled their 2020 worldwide tour as a result of COVID-19, I took to their Facebook forum to suggest that the band travel to outdoor movie venues to put on a live concert at each while fans enjoyed the music from their cars. Few people responded to the idea, which made me wonder whether it was valid.

Now after refunding millions of dollars in tickets for live events scheduled in 2020, Ticketmaster on Saturday began sending an email promoting a Garth Brooks performance, a special concert event at drive-in theaters across North America. The mega country star would perform live and broadcast the performance to 150 outdoor theaters throughout the United States.

Unfortunately, southern California bulldozed their outdoor movie theaters years ago to make room for shopping centers and apartment complexes. Around the Wyoming area, a few are located in Utah and Idaho.

About 300 drive-ins still operate across the U.S., according to The Wall Street Journal, citing data from the United Drive-In Theatre Owners Association.

As entertainment venues began closing during COVID-19 lockdowns, the association lobbied to keep its outdoor theaters open, citing their venues allowed for social-distancing.

New York Governor Andrew Cuomo in mid-May announced at a press briefing that the state’s drive-ins could reopen, and other states followed. Cuomo suggested these venues are “low-risk” in terms of people contracting the disease.

Brands should revive and rethink their strategies. This is an opportunity to link with existing and potential customers in their happy place, on everything from music to local restaurants, apparel, and more.

What better way to reach consumers during a favored event with a phone in their hand. On the big screen throughout the performance, it not only gives consumers the invitation to download the artist’s music, but also search for advertised products and participate in a trivia game or contest for a hefty 50% of their next purchase.

An outdoor experience that ties into performance advertising based on location, searches and downloads of content. Let me know if the idea works for your brand.