As troubling as these times are, it’s encouraging to see brands and agencies stepping up and taking an activist stance that I don’t think we ever would have seen in “normal” times.

Last week’s statement by Dentsu Aegis Network’s 360i, a column published by The Media Kitchen chief Barry Lowenthal, and big outdoor lifestyle brands such as North Face, Patagonia and REI are stepping up and putting their money where their mouths are, exercising what might be called “the highly visible hand of the marketplace.”

Specifically, they are calling out a bad actor that has been acting so badly for so long that it has literally forced their hands.

“Spreading hateful misinformation is wrong and an offense that should be punishable as crime,” Lowenthal writes in a column, adding that one particularly bad actor -- you know, Facebook -- “has a responsibility to stop the spread of propaganda, misinformation and harmful content on its platform. We’re watching society crumble before our eyes because of hate, while much that hate has spread and continues to spread on Facebook.”

The problem, he continues, is that it is difficult for agencies to recommend that their clients actually pull their ad budgets, because Facebook is too cost-effective for their campaigns.

If you’re a client of The Media Kitchen, 360i, or any agency, I think it’s time to step up and make your voice and your pocketbook known, because these are not your father’s Corporate Social Responsibility. These times require brand activism to help make the world a safer -- and better -- place. You can do it with your voice and your messaging -- as brands like Nike and Patagonia have demonstrated repeatedly. But you can do it even more effectively by wielding the highly visible hand of your marketplace and simply shift your budgets.

I can’t prove it yet, but I think this has already begun to happen on a media vendor that is as societally reckless -- and arguably more so -- than Facebook. You know, the grandfather of promoting misinformation and social division: Fox News Channel.

And I don’t just mean the occasional boycotts and pullouts from high-profile Fox News shows like “The Ingraham Angle,” or “Tucker Carlson Tonight.” I mean Fox News across-the-board.

My colleague Wayne Friedman has been analyzing data showing who the major advertisers are on the cable news network, and last week he shared a startling statistic with me -- that My Pillow Guy now accounts for nearly a third of the ads airing on Fox News. 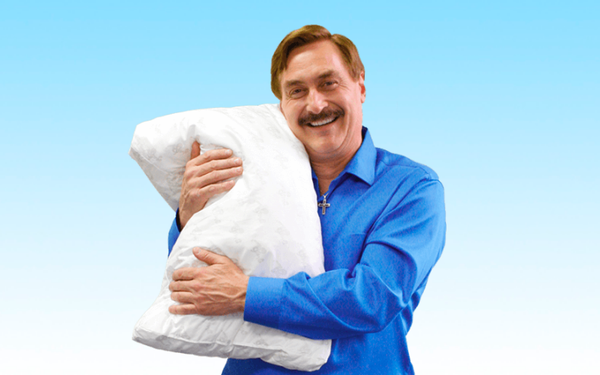