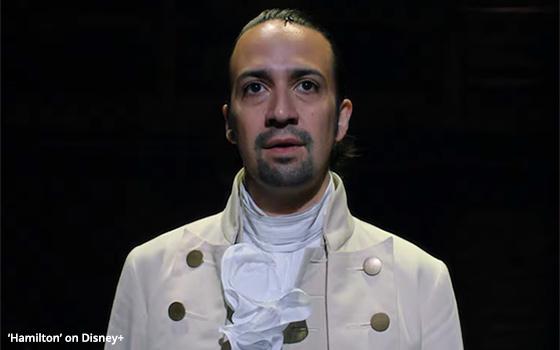 Since June 14, Disney placed a total $8.2 million in TV spending over some 2,763 airings of the “Hamilton” commercial, according to iSpot.tv. From June 4 to July 4, “Hamilton” garnered 720.4 million impressions -- the biggest single TV commercial for a video streamer service over that period.

During the most recent month-long period, Amazon Prime Video was tops in national TV spend among all video streaming marketers at $27.6 million, followed by Apple TV+ with $19.2 million; Disney+ at $16.1 million; Netflix, $3.2 million; WWE Network, $2.7 million, and CBS All Access, $2.4 million.

Apptopia says the Disney+ app was downloaded 752,451 times globally and 458,796 in the U.S. Worldwide weekend downloads were 46.6% higher than the average of the four previous June weekends (Friday through Sunday) -- and 74% higher in the U.S.

TVision said the first weekend "Hamilton" had a 93% co-viewing rate, which means, according to the TV-video measurement company, that "just about everyone watched it with someone else in the room." It also posted a very high 127 on the attention index.