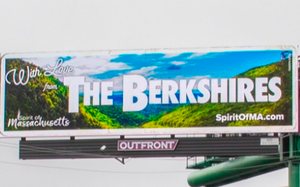 With long-range and international travel stalled by the COVID-19 pandemic, tourism promoters are using out-of-home and other media to tout closer destinations.

Massachusetts launched a “With Love From . . .” campaign on digital billboards and transit stations, highlighting in-state destinations to remind locals they can be tourists at home. The billboard campaign complements official online information about regions of interest in the Bay State. 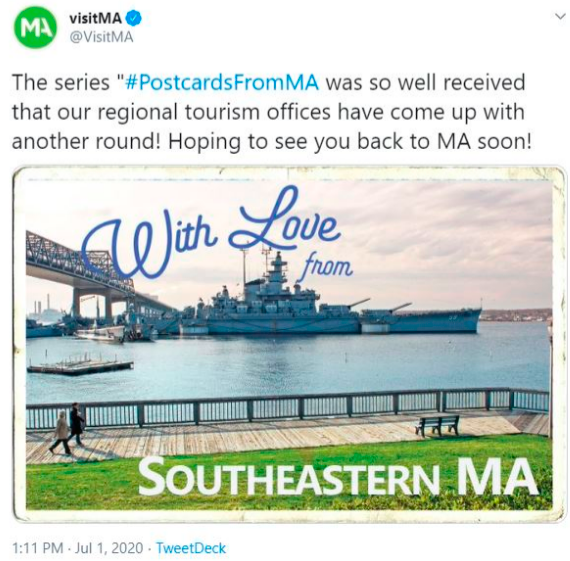 Ads promoting nearby destinations are common. Billboards in Pensacola, Florida encourage travelers to “Venture Out” to Destin, an hour+ drive to the east along the Gulf of Mexico. This current promotion for Destin/Fort Walton Beach also appears in Panama City and Tallahassee, as well as Mobile and Montgomery. 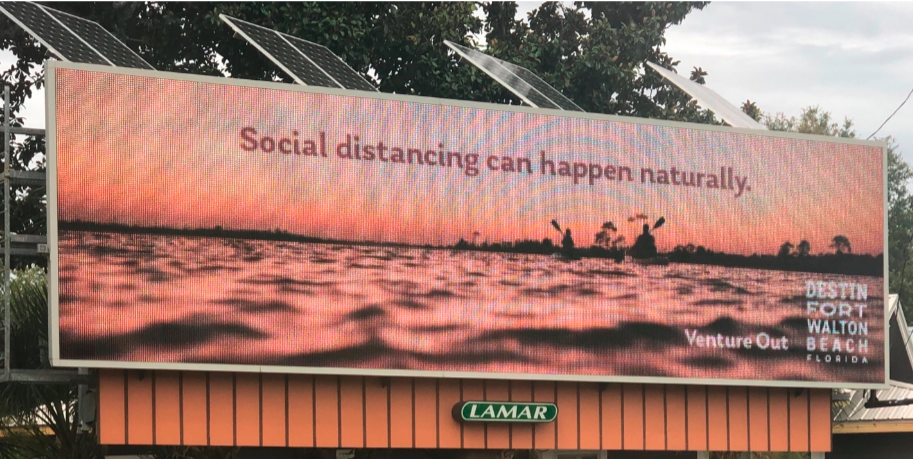 Surveys say people will travel close to home and seek destinations that comply with safety guidelines, according to regional tourism councils in Massachusetts.

“Travel advertising still has the ability to inspire happiness, particularly if it communicates many affordable, fun things to do in a safe, uncrowded destination,” says Destination Analysts, which has surveyed American travelers every week since mid-March.

Its latest research says the top attributes sought by American travelers are:

Visit California is marketing exclusively to residents for the first time since post-9/11. Sonoma County rolled out its “Life Opens Up” campaign, targeting travelers in the San Francisco Bay Area within easy driving distance.

See-what's-next-door campaigns have launched across the globe.

In Australia, the Northern Territory is advertising its wildlife, parks, waterfalls, swimming holes, and bucket-list ventures to the rest of the country. “The Territory is the Answer” campaign includes out-of-home media, television, radio, and social media.

“Never before has international travel been off the table for Australian travelers,” says Tony Quarmby of Tourism Northern Territory. “This is an opportunity for people who usually seek overseas experiences to now consider local destinations they have previously put off until ‘one day’ in the future.” 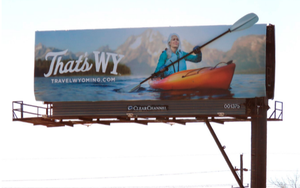