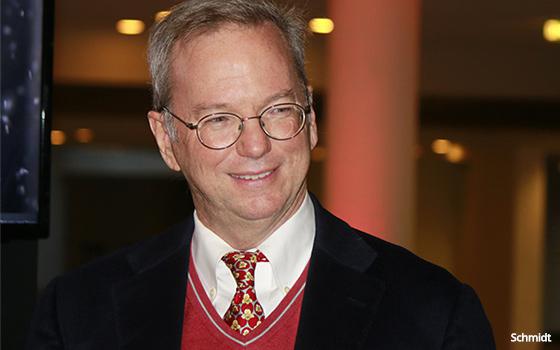 The accredited school, Digital Service Academy, would compete with universities, Stanford and MIT, training a new generation of tech workers for the government.

The school would train students to gain digital skills, such as cybersecurity and artificial intelligence. Students would get a traditional school year of coursework, with internships in the public and private sector during summers, according to the publication OneZero.

It would help build-up the supply of competent and talented workers in the United States, mostly for the federal government.

Today, Schmidt is chair of the U.S. Department of Defense's Defense Innovation Advisory Board, but he worked for many years at Google and then parent company Alphabet, both full time and as an advisor for 19 years.

Work spent time as the U.S. Deputy Secretary of Defense for both the Obama and Trump administrations, with an expertise in defense policy and strategy and maritime affairs.

The commission -- the National Security Commission on Artificial Intelligence (NSCAI) -- unanimously voted to make the recommendation to Congress during a publicly broadcast meeting on July 20.

During the meeting, NSCAI commissioner and former FCC head Mignon Clyburn said that whatever organization Congress created would need to make an effort to be inclusive in its recruitment.

The commission also voted to recommend 10 additional initiatives, such as an expansion of the Scholarship for Service program, and to create a National Reserve Digital Corps., where volunteers would work 38 days annually for the government and receive access to educational funds in return for doing everything from A.I. education to data acquisition.