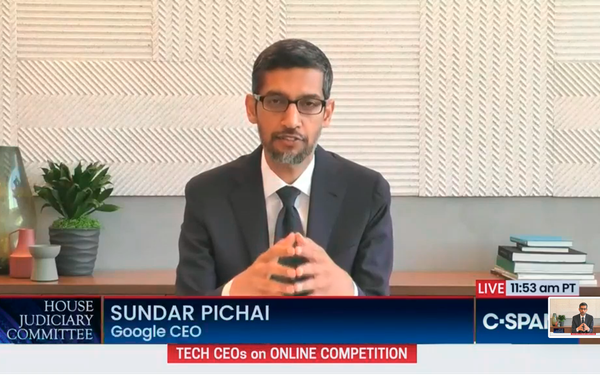 Google CEO Sundar Pichai faced an onslaught of questions from Ohio Republican Jim Jordan, who seemed very concerned that Google will skew its search engine results to give preference in the November election to Democratic presidential nominee Joe Biden, compared with President Trump.

During the CEO testimony before the House on Wednesday, Jordan asked Alphabet and Google CEO Sundar Pichai to promise the American voting population that Google will not favor Biden in search results during the 2020 election.

“We view both campaign strategies and political ads as an important part of free speech in a democratic society and engage with campaigns according to law and approach the work in a non-patrician way,” Pichai said.

Unsatisfied with the answer, Jordan asked Pichai if he can assure Americans he will not tailor features in any way to specially help one candidate over another, Biden over President Trump.

In response, Pichai said “We won’t do any work to politically tilt anything in one way or another. It’s against our core values.”

Jordan accused Pichai of allowing the company to “tilt” the tides in 2016, pointing to an email written by Eliana Murillo, the head of multicultural marketing at Google, which talks about a silent donation that Google made to the Hillary Clinton campaign.

Pichai said the company has clearly communicated to employees that any personal activity, while it is their right, must be done on their own time.

In a four-page email, Jordan recapped Murillo’s work leading up to the 2016 election, describing how Google pushed to get out the Latino vote by “supporting partners” that would pay for rides to the polls in key states, such as Florida.