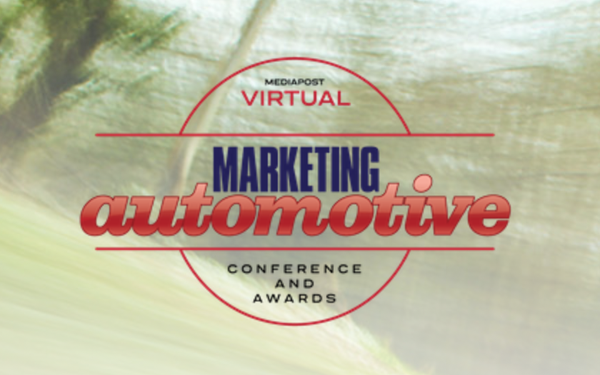 Ford’s Joy Falotico, Hyundai’s Angela Zepeda, Lexus’ Lisa Materazzo: These are just a few of the speakers gracing the virtual stage at MediaPost’s Marketing: Automotive conference, tomorrow and Wednesday, available on a computer near you.

This show has been a long time in the making — it was originally scheduled for April during the New York International Auto Show and then rescheduled for Aug. 25 when the show changed dates. Then it was bumped up to Aug. 11 and 12 after the auto show was cancelled due to the continuing pandemic.

MediaPost would normally be deep in the throes of planning MediaPost’s show which takes place during the Los Angeles auto show press days, aka AutoMobility LA, which is still scheduled for Nov. 18 and 19.

That auto show’s fate is still a big unknown, but I remain hopeful it could actually happen. I would love nothing more than to get on a plane and see some palm trees along with all my favorite auto executives right about now — if it can be done safely.

But in the meantime, we have our computers. I have been invigorated by the challenge of making the next two days both useful and fun for all presenters and attendees.

Besides the three keynotes mentioned above, also on deck for the two-day program is a provocative presentation tomorrow by Jessica Fini, social media manager of American Honda about how the automaker has continued to use influencers — who normally depend heavily on travel to create their posts and stories.

Tomorrow’s agenda includes the long-awaited 2019 MediaPost Marketing: Automotive awards. For a fifth year, MediaPost is naming its picks for top automotive marketers and agencies. Falotico is marketer of the year and will share how Ford and Lincoln have responded to the pandemic, as well as discuss the 2019 ads that resulted in the award recognition.

The award show is going to be like speed-dating, but less annoying. Recipients include Innocean’s Barney Goldberg, David&Goliath’s David Angelo and Hudson Rouge’s Jon Pearce.

On Wednesday, Audi and Major League Soccer will reveal how they’ve managed to keep a sports marketing partnership alive in the middle of a pandemic with very little sports happening.

Obviously, the times we live in are not without challenges, but there’s no reason there can’t be some bits and pieces of normality, which is what I’m hoping we can offer with this conference. See you there!