Buying Biden: Politics Is About To Eat The Internet 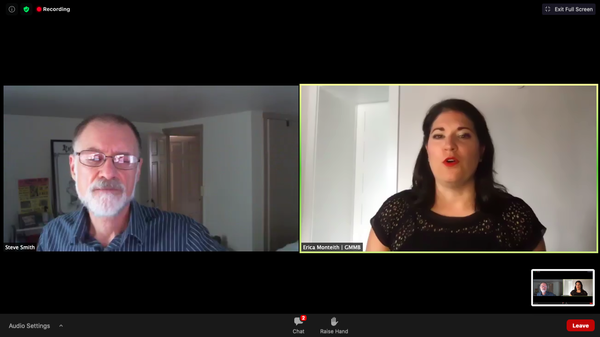 You can expect to see a big uptick in political ad spending sooner rather than later this year because a lot of the country will be able to vote by mail. Heck, many have already done so.

Erica Monteith, SVP, Paid Media at GMMB (right), the largest Democratic consulting firm, was at our Data & Programmatic Insider Summit on Tuesday, where she told us that social, programmatic, connected TV will all see a "squeeze" way before Nov. 3. "There will be a lot more money going into the ecosystem before then."

And most of that money will be going into video because, she said, it is the best medium to persuade, although it needs to be a "forced view, full-episode player with high impact." CTV and the OTT space are working well for GMMB, although they are also using Facebook and "whatever makes the most sense programmatically" due to changing media habits because of COVID. "People are starting to lean more into digital because it has the power to get a message across in a way that marketers always thought TV was able to do."

Among the firm's digital tools are text campaigns, SMS, phone calls, phone banking and having more one-on-one conversations. Candidates, Monteith said, are holding mini-town halls online that feel "more intimate than a volunteer coming to your house. People can talk to the candidate, they have access." GMMB Is using mobile to get people to opt in so they can send text reminders. "But this is a little different than 2018. There is a rise across industry in people using desktop more. We're leaning back into desktop, meeting people where they happen to be."

And much has changed since the last presidential campaign. "What worked in 2016 isn't something we can do in 2020," she said, referring to micro-targeting used by the GOP on Facebook.

Instead, creative operations across the country are pumping out a ton of content every day, allowing the campaign to run it for a day or two, monitor the metrics on an hourly and daily basis. If there is a backlash or a negative effect, they can quickly pull it down.

COVID, not surprisingly, has been the biggest change in this cycle, with virtual events getting more creative. Monteith said direct mail is an effective tool with people at home. TV has a stayed steady with a "huge increase" in CTV, streaming and digital.

Because so many platforms won't take political ads, she said, they are trying to reach younger voters on Instagram and Snapchat, which will take them.

This time around, what really matters is creative messaging, authenticity and "building a narrative and a brand that people can relate to," said Monteith. "Authenticity resonates well in the time of COVID. We're seeing more genuine video, shot on and iPhone. Quick, down and dirty spots do better."