Prime-Time Shows Get Some Fall Start Dates -- Will TV Advertisers Move To Buy? 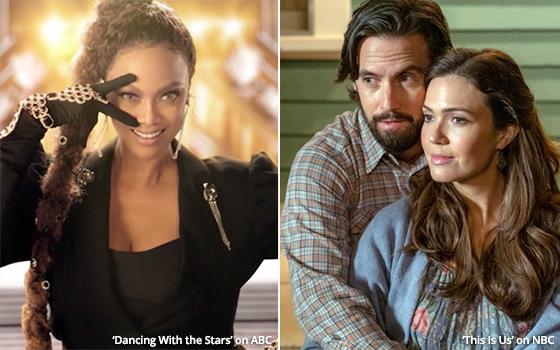 NBC is positioning November as a big start for its fall season, when the bulk of its high-rated scripted programming will debut.

A number of unscripted TV shows for NBC will start earlier in October, including its big “The Voice” singing competition series (October 19). A new scripted show, “Transplant,” will begin September 1.

The COVID-19 pandemic has led to major TV production disruptions -- which, in turn, has paused some TV advertising deal-making.

ABC this week announced unscripted series premiere dates, including for its big “Dancing with the Stars” series, which will begin September 14. Other shows starting that month, on September 24: “Celebrity Family Feud” (8 p.m.), “Press Your Luck” (9 p.m.) and “Match Game” (10 p.m.)

CBS is also adding some scripted shows that have not appeared on the network. This includes “Manhunt: Deadly Games,” a scripted anthology series (which previously aired on Spectrum) beginning September 21.

The first season of “Star Trek: Discovery” (which originally ran on CBS All Access) will make its way to the CBS Television Network on September 24. The Netflix-intended “One Day at a Time” will have six episodes running on CBS in October.

Fox and The CW are largely shifting all efforts for scripted TV shows -- new and returning series  -- to 2021.

All these announced dates could push TV advertisers to make some upfront, scatter or other media deals.

Brad Adgate, veteran media agency executive and currently independent media consultant, says: “Advertisers having a sense of the content will help the marketplace. You now know when the programming will start and a description of the shows. This will give buyers a better sense of strategies and assess the value.”

Adgate adds: “Marketers do like stability... If a large number of advertisers move the market, others will join so they don’t get priced out.”  But he adds that plenty of uncertainty still exists in the market due to the ongoing pandemic crisis and the uncertain economy.
ad buys, advertising, media buying, television, upfront
Next story loading