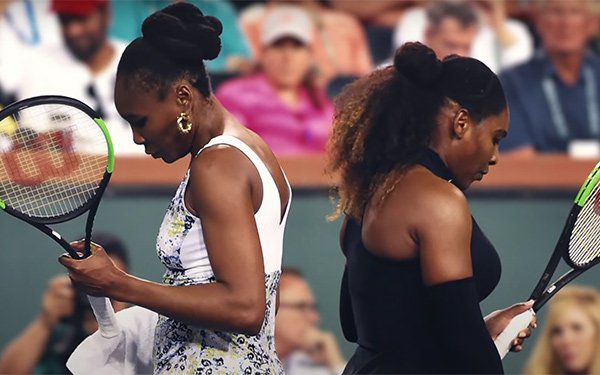 For millions of tennis fans, that slight nip in the air and calendar turning to September can mean only one thing: The start of the U.S. Open and a chance to see both Serena and Venus Williams on the court.

To celebrate, Nike has introduced “You can’t stop sisters,” the latest in its “Can’t Stop Sport” campaign, from Portland’s Wieden + Kennedy. The spot carries us through Williams’ early years. And it highlights their astonishing championships, which (so far) include 122 singles titles, 30 majors and 327 weeks at No. 1.

“You saw two tennis players trying to win a game,” the spot says. “We saw two sisters changing it.”

“Being sisters isn’t one thing,” Nike says in its announcement about the new creative. “It’s everything for Venus and Serena Williams. And the more we lift each other, the harder we are to stop.”

The spot is breaking at the beginning of what must surely be the most unexpected tournament ever. To ward off COVID-19, athletes get daily temperature checks and need written permission to leave the “bubble.” And to stay safer, the 40-year-old Venus drove in an R.V. from Florida to New York.

This is Venus’ 22nd time competing; she last reached the second round of a major three years ago. But with a new coach and a different serve, expectations for her are high.

Serena, 38, is looking to earn her 24th Grand Slam title, which would tie Margaret Court’s 1973 record. The excitement has William’s endorsement machines fired up. Those include J.P. Morgan Chase, which also sponsors the event.

Last week, she appeared in its Chase Chats Webcast, discussing her approach to wealth management. She has earned $92.7 million in her career (more than any other woman athlete) and another $90 million in endorsements, including Gatorade and Wilson Tennis.

Earlier this year, Procter & Gamble tapped her for its gender-equality efforts. She has also appeared in ads for P&G’s Pampers, along with daughter, Olympia.

The Sporting News lists both Serena, last year’s runner-up and with six singles titles in New York City, and Naomi Osaka, the No. 4 seed and 2018 U.S. Open champ, as favorites to win the title.