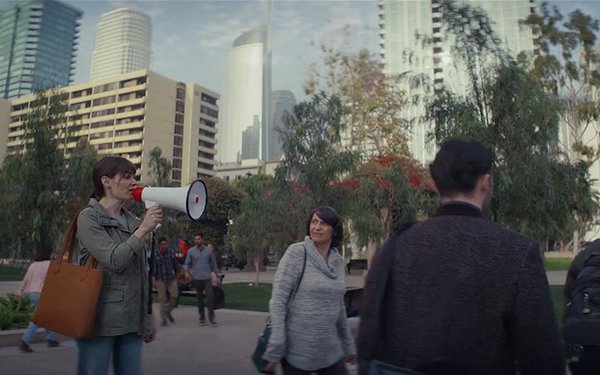 Apple on Thursday said it will delay implementing changes that would make it harder for app developers to track people in order to serve them ads.

The company says it still plans to move forward with the anti-tracking measure, but will do so next year instead of this autumn.

“We are committed to ensuring users can choose whether or not they allow an app to track them,” the company stated Thursday. “To give developers time to make necessary changes, apps will be required to obtain permission to track users starting early next year.”

The new operating system, like previous ones, will include Apple's “identifier for advertising” -- an alphanumeric string that allows developers to track mobile users across different apps. But unlike previous operating systems, iOS14 will ask consumers to decide whether to allow tracking on an app-by-app basis.

The ad industry had vocally opposed that change.

Last month, a broad range of industry players formed a new organization that planned to pressure Apple to reverse course. The head of the new association's legal and policy working group, Stu Ingis, went as far to suggest there may be a need for new regulation, should Apple follow through on its anti-tracking plans -- although it's hard to envision what kind of valid regulation would require companies to allow tracking by default.

Despite the delay in rolling out the new setting, Apple is touting itself to consumers as the pro-privacy tech company.

On Thursday, the company released a new iPhone ad that explicitly touts the company's official privacy stance -- while at least implicitly criticizing other tech companies.

For instance, a man standing on a bus proclaims, “I browsed eight sites for divorce attorneys today,” and a man in a bathroom stall shouts out, “I am currently reading an article entitled '10 ways to keep sweaty hands from holding you back.”

A woman walking on the street says, “My home is within 1,000 feet,” and a woman in a restaurant tells the waitress, “On March 15 at 9:16 a.m. I purchased prenatal vitamins and four pregnancy tests.”