Americans Believe Brands, Not Government, Should Take The Lead Against Racism 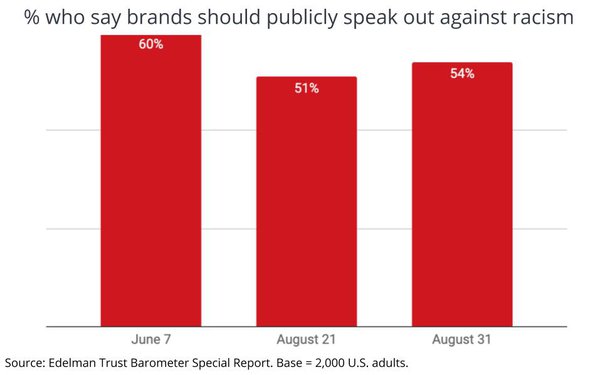 Months into nationwide protests over racial injustice, a majority of American consumers continue to believe that brands should speak out publicly about systemic racism and racial injustice, according to a special report released this morning by the Edelman Trust Barometer.

The report, "The Fight For Racial Justice In America," shows that 54% of a national sample of U.S. adults surveyed August 31 agreed with the statement about brands playing a role. That's up from 51% when Edelman fielded a similar survey August 21, but down from 60% when the firm researched it June 7.

"We found that government is now not trusted to make the change," an Edelman spokesperson said of another top finding, adding: "The mainstream media is seen as reinforcing stereotypes and doing a poor job of covering protests, leading to further reliance on social media as a primary source of information, though neither are credible venues for diverse communities, and that business is the institution that all communities are looking to make the change, but that it is failing to seize the moment and move quickly on tangible actions."

The study also found that even higher percentages of Americans believe brands -- as well as corporations -- should speak out on two polarizing issues surrounding the protests: protecting against the destruction of property; and protecting protesters. 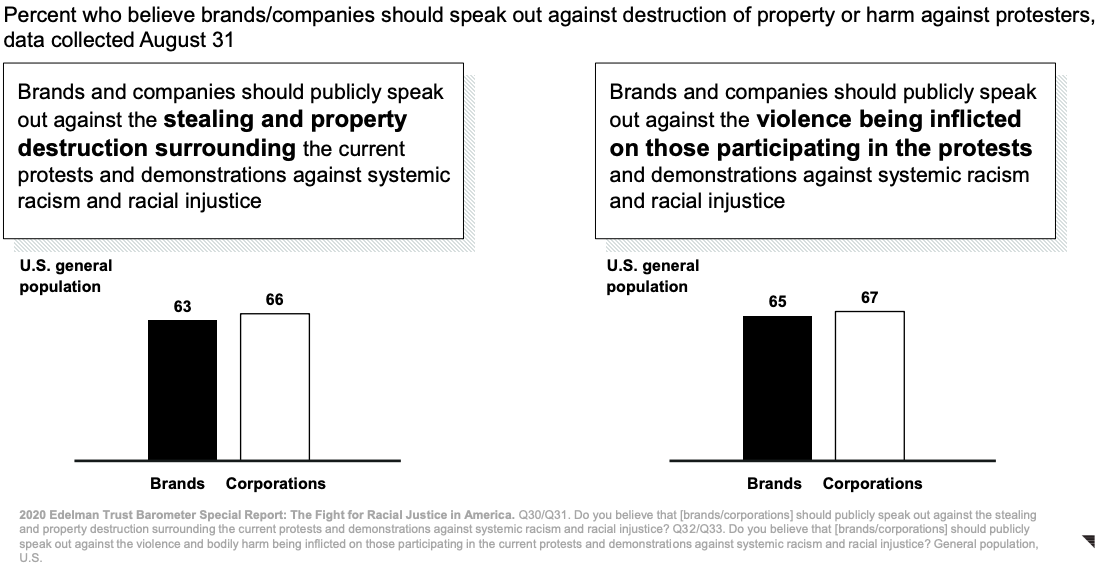