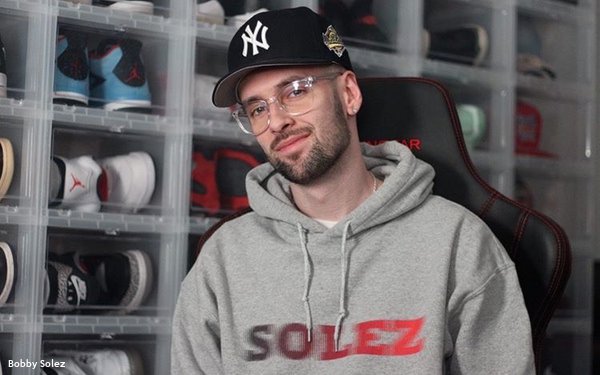 At the beginning of August, Ford Models announced the creation of a gaming & esports division within the talent agency, headed up by Justin M. Jacobson, a gaming and esports attorney.

Last week, I was excited to see that Bobby Solez, whom I spoke with last year about his streaming career, was signed on to the project alongside some other gaming and esports personalities and athletes.

To many, this move must seem a little strange. What does gaming have to do with fashion? Why is this a good move for Ford?

To talk about this and more, I reached out to Solez and Jacobson.

For Solez, this is far from the first time that fashion has been involved with his personal brand.

“Fashion has always been a passion of mine,” Solez explained, “I grew a large following from my sneaker reviews and unboxings, and suddenly PUMA started sending me free sneakers asking me to check them out. Eventually, that turned into a more formal partnership through my TikTok following too.” (he has 300k followers on TikTok).

When Solez is streaming on Facebook Gaming, you can see him decked out in some of the latest streetwear collabs, his very own clothing line, and his impressive shoe collection displayed behind him.

“It's funny because this partnership with Ford Models came about through the internet -- I saw Ford's announcement back in August on Instagram and Twitter, and I just started throwing up all sorts of positive comments about how cool it seemed, and suddenly Justin was messaging me on Instagram about potentially being a part of the project," he said. "The internet is a crazy place."

But why would Ford get on board? “Ford already had an existing Digital Influencer platform focused on beauty, health and fitness "influencers," so we were able to expand that talent management and development division to include esports and gaming talent.”

Jacobson explained: “Since a lot of the same brands are looking to work with digital influencers, it was a natural fit to be able to offer a new audience (the gaming fans) to the brands that Ford was already working with. We are not making gamers into models or anything like that -- rather, we're expanding this digital influencer platform to connect with gaming audiences.”

Understanding the intersection between gaming culture and fashion can seem difficult to a non-observer, but in reality it's quite apparent. “Just like basketball players walking down the tunnel to their games all decked out in the latest fashion trends, esports athletes do the same thing,” said Solez.

The NBA 2k League-- the esports league created around the traditional sports-based video game NBA 2k -- has a red-carpet walk-out event for their players, in which they show off their swag too. “Everyone has swag -- this is just an opportunity for Ford to highlight it in gaming and esports,” Solez said. "What’s the real difference between those basketball players and NBA 2k players like me and the esports athletes? Nothing. We're using our connection over gaming to also talk about fashion.”

Over the past month, other fashion-related gaming announcements have broken out too. Nike and League of Legends established a partnership to release the “Have a Good Game” shoe line, which takes popular Nike shoe silhouettes, including the ever-coveted Air Jordan 1, and adds League's popular phrase “Have a good game” to it.

In addition, high-fashion brands that work with talent like Ford have already entered the gaming space.

Last year, Louis Vuitton made the trophy case for League of Legends’ world finals, and released clothing themed around the game that sold out. Last week, Burberry announced it would be hosting and broadcasting its fashion show on Twitch.

For younger generations, fashion and “hypebeast” culture (clothing that is sought after simply because of the “hype” that celebrities put around it) are dominant in all forms of entertainment.

More and more younger audiences want to buy the most expensive streetwear fashions like Louis Vuitton, Dior, and more.

Gaming is no exception. 100 Thieves, an esports and gaming organization with investments from rapper and actor Drake and The Weeknd, have produced clothing lines that sell out in minutes on their websites.

Overall, gaming and esports already intersect with fashion trends, and Ford Models is looking to own the digital runways of tomorrow.