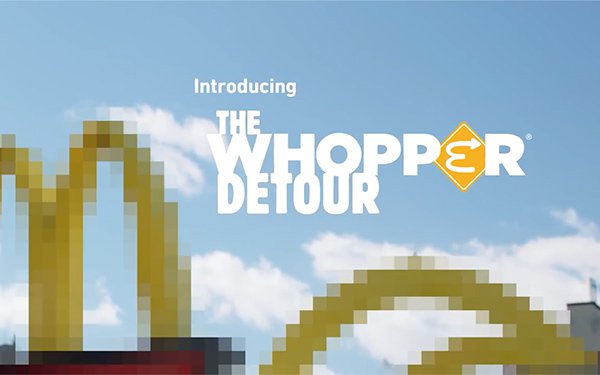 The campaign, created by FCB/New York and FCB/RED, won the top prize for marketing effectiveness for an effort that relied on geofencing to redirect customers to McDonald’s to get a Whopper for one cent using the chain’s redesigned mobile app.

When drivers approached McDonald’s locations, they received a mobile notification with the one-cent Whopper promotion. When they placed the order, the app then directed them away from McDonald’s towards the nearest Burger King. The effort led to Burger King hitting #1 in the iOS/Android app stores, generating $15 million incremental value and an 37:1 ROI.  Alison Brod Marketing & Communications, MullenLowe U.S., O Positive, and Mackcut contributed to the work.

Grand Jury co-chair Raja Rajamannar, Chief Marketing & Communications Officer at Mastercard, stated: “The decision was very clear. This campaign stood out at many levels. It literally checked off every single box that we were looking for, which forms the criteria for evaluating the best campaign. The idea was great. The execution was great. And the results were terrific.”

Effie Worldwide also announced the results of the 2020 US Effie rankings, which reflect the total points from finalist and winning entries from the awards competition.

Burger King and Street Grace also ranked number one and two respectively as Most Effective Brands. Rounding out the top-3 was Microsoft.

Wieden+Kennedy ranked as the Most Effective Independent Agency followed by Alison Brod Marketing & Communications and, in a tie for third, Mackcut and O Positive.