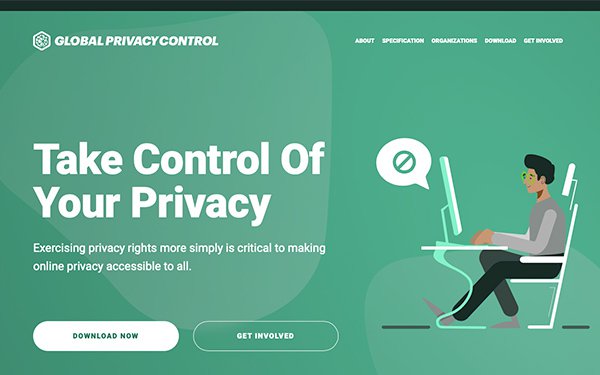 Privacy advocates have developed a browser extension that could function as a universal opt-out mechanism for California residents.

The tool, released Wednesday in beta, is available as a downloadable extension in some browsers, including those operated by Mozilla, Abine, Brave, and DuckDuckGo.

California's new privacy law, which took effect in January, gives consumers the right to learn what personal information has been collected about them by companies, have that information deleted, and prevent the sale of that data to third parties.

On Wednesday, he praised the new tool.

"This proposed standard is a first step towards a meaningful global privacy control that will make it simple and easy for consumers to exercise their privacy rights online," Becerra tweeted.

Most of the major browser developers already offer “do-not-track” settings, but those signals don't necessarily communicate that users don't want their data “sold,” as that term is defined by California law.

The ad industry opposes the requirement to honor universal opt-out signals, arguing both that the statute itself doesn't include that mandate, and that the requirement violates advertisers' First Amendment rights.

“Instead of instituting a blanket requirement for businesses to honor browser signals and other intermediary controls, a proposal that goes beyond the law’s intent and scope, the law should provide that businesses may honor these browser controls or offer consumers another, equally effective method of opting out of personal information sale,” the Association for National Advertisers wrote to Governor Gavin Newsom in June.

The initiative for the do-not-sell extension was led by Georgetown Law's Ashkan Soltani, formerly chief technologist with the Federal Trade Commission, and Wesleyan University's Sebastian Zimmeck, and later joined by companies and organizations including The New York Times, The Washington Post, Digital Content Next, Consumer Reports, and the Electronic Frontier Foundation.