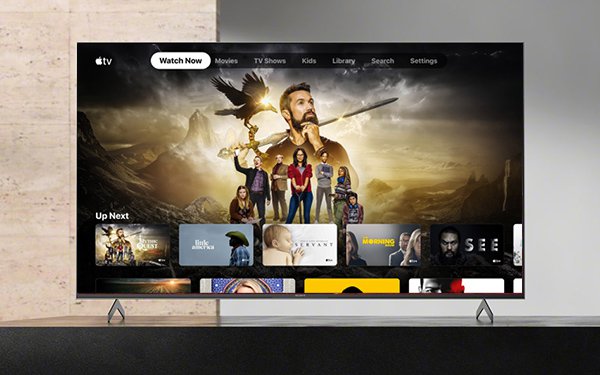 The Apple TV app is being made available on select Sony Electronics smart TVs.

The app began rolling out in the U.S. on Wednesday, via a software update on Sony X900H series models (shown).

In addition to Apple’s own devices and now Sony TVs, the Apple TV app is already available on Amazon Fire TV, Roku, and LG, Samsung and Vizio TVs.

Apple TV+ costs $4.99 per month, but a one-year-free promotion is still being offered to those who purchase an iPhone, iPad, Apple TV, iPod touch or Mac.

Apple announced this month that it is extending the one-year freebie through February for customers whose promotional periods were due to expire between November 1 and January 31.