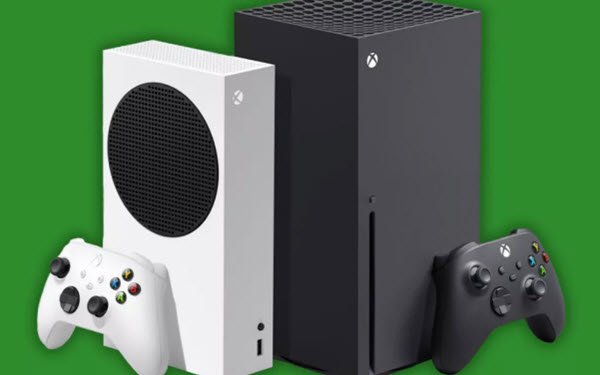 The Apple TV app and transactional video-on-demand streaming service Vudu will both be available on the latest upgrade of Microsoft’s Xbox gaming console, the X and S series, starting on November 10.

This is the first major upgrade of the device since Microsoft launched Xbox One in 2014.

The Apple TV app has not been on Xboxes before, but will now also be supported by the legacy Xbox One console — all good news for the new Apple TV Plus streaming service.

Xbox owners can use their devices to subscribe to Apple TV+ on the Apple TV app for $4.99 per month, with a seven-day free trial.

In addition to Apple TV+ originals, the Apple TV app provides access to premium channels like Showtime, CBS All Access and AMC+, and enables purchase or rental of 100,000-plus movies and shows.

“The Apple TV app gives you access to thousands of shows and movies from one convenient location, allowing you to enjoy Apple TV Plus, Apple TV channels, brand-new and popular movies, and personalized entertainment recommendations,” Microsoft Xbox Editor in Chief Will Tuttle posted.

Vudu, acquired by Comcast’s Fandango from Walmart in July, offers access to more than 150,000 new-release and premium event movies, catalog films and next-day TV shows when they launch on video, often before they are available on subscription streaming services.

The offerings include more than 1,000 4K movies and TV shows.

The new Xbox consoles feature enhanced color, dynamic range, and spatial sound with Dolby Vision and Dolby Atmos sound on apps that support those, including Netflix, Disney+, and Vudu, according to Microsoft.

The Microsoft Store on the devices has been rebuilt to be twice as fast as in the past, and a new Entertainment block for Xbox One as well as the X and S series showcases the latest movies, TV, and music across popular entertainment apps.

The game-console battle is heating up, with Sony’s PlayStation also about to debut its latest upgrade, PlayStation 5, on November 12.

PlayStation 4 was the best-selling video game console worldwide in 2019, with sales of nearly 18.3 million units — almost three times the sales of runner-up Xbox One, and nearly 2 million more units than Nintendo’s Switch, according to Statista.

PlayStation currently has a 7% share, while Xbox has a 4% share, of connected TV devices deployed worldwide, reports Strategy Analytics.

However, as of this year’s third quarter, Xbox One accounted for 48% of game consoles’ total video-streaming viewing time, edging out PlayStation 4 at 47%, according to Conviva’s latest “State of Streaming” report. 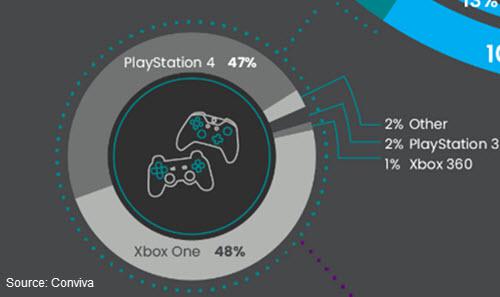 Gaming consoles as a whole had just a 10% share of video streaming time spent in Q3, compared to 58% for connected and set-top devices, 14% for smart TV platforms, 8% for mobile, 6% for desktop and 4% for tablets.

But game consoles’ combined viewing time in Q3 rose by 42% year-over-year, including 45% growth in live viewing time and 41% growth in video-on-demand time. Only CTV’s time-spent growth was larger, at 55%.