Welcome To My 'Parler,' Said The Spider To The Flies 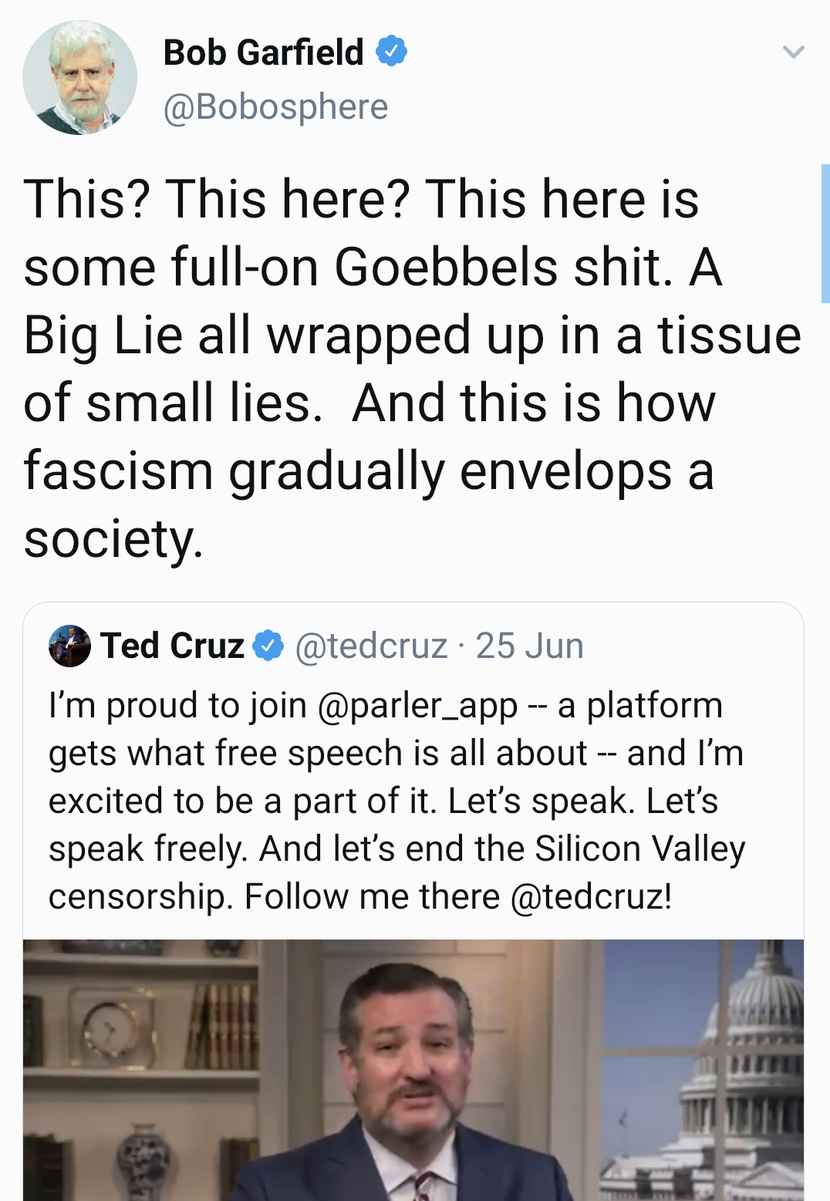 On the upside, big platforms like Twitter and Facebook demonstrated some genuine vigilance in the lead-up to and aftermath of the election, as part of an effort to stop or slow the spread of disinformation.

On the downside, this move appears to be fueling an exodus of users to even more unsavory places -- especially Parler, a right-wing social media app that promotes itself as the “free speech social network,” but whose primary benefit appears to be that it doesn’t fact-check what users say and spread.

It’s not just Parler, but other extremist conservative apps including MeWeb and Gab that have been known to spread hate speech -- explicitly, anti-Semitism, as well as radical conspiracy theories.

You may remember Gab as the app used by Pittsburgh’s Tree of Life Synagogue shooter to network before his attack.

Parler, which has been endorsed by Republican leaders including Texas Senator Ted Cruz, has seized on the backlash from the right, including recent Congressional hearings questioning Twitter’s, Facebook’s and Google’s moves to curtail explicit hate speech and disinformation.

“Parler continues to stand with the People and against techno authoritarianism,” founder and CEO John Matze asserted as the Big 3 were testifying before a Senate committee hearing.

The push has been incredibly successful, making Parler the fastest-growing social app since the election.

“Parler usage has exploded,” Embee Mobile noted in a report released this morning showing that Parler is now among the top seven social media apps, ranking just behind Pinterest and ahead of Tumblr. (Embee’s methodology doesn’t include Twitter and Reddit, which it classifies as “news” apps.)

"This is how fascism gradually envelops a society," "On The Media'"s Bob Garfield said in a tweet responding to Senator Cruz's endorsement of Parler last June.

For the record, Twitter didn't censure or put a disclaimer on it.