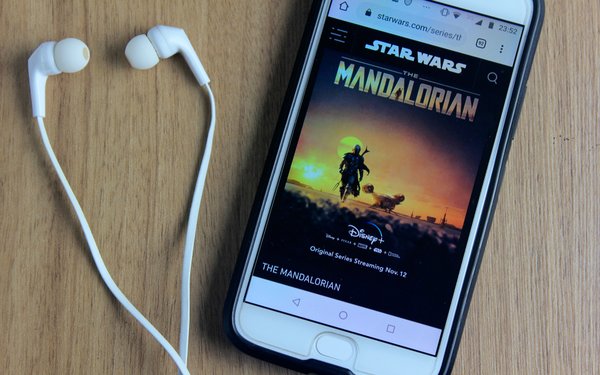 Coupled with positive news about a vaccine earlier in the week --- which would have a direct positive impact on re-opening more Disney theme parks to full capacity -- Disney’s stock witnessed a 6% bump in its stock price in after-market trading on Thursday.

ESPN+ improved to 10.3 million subscribers -- up from 3.5 million in the comparable quarter a year ago. Hulu had a 27% rise in its subscription video-on-demand service to 32.5 million subscribers, while its pricer Hulu + Live TV virtual pay TV service was up 41% to 4.1 million.

Christine McCarthy, senior executive vice president and chief financial officer of Disney, said in an earnings call with analysts that although the company is seeing overall strong advertising demand, “the year-over-year comparisons were negatively impacted on a per-sub basis by what we are seeing in the advertising market overall in Q3 and Q4.”

Overall, Disney’s Direct-to-Consumer and International business unit -- where Disney+ and ESPN+ reside -- grew 41% to $4.85 billion in revenue. The business narrowed its operating loss to $580 million from $751 million.

Disney posted a net loss of $580 million versus $1.25 billion in the same period a year ago -- its first quarterly loss in decades. Revenue was down 23% to $14.71 billion due to lower revenue from theme parks and resorts and theatrical films from continuing pandemic issues.

With regard to Disney’s traditional entertainment business, its media networks were up 11% to $7.2 billion, while its parks, experiences and products were down 61% to $2.58 billion and studio entertainment was 52% lower to $1.6 billion.

Broadcast networks' revenue was up 10% due to higher affiliate fees.

Due to lower network programming and production costs -- from TV show shutdowns, as well as a shift of college football games to later quarters -- operating income was up 47% to $553 million.

Advertising revenue was roughly flat. There was an additional reporting week in the current quarter, as well as higher TV network rates and an increase in political ad revenues at its TV stations.

Cable network revenues were up 11% to $4.7 billion, with operating income 7% lower to $1.2 billion -- the latter due to higher sports rights fees at ESPN.

ESPN did see higher affiliate and advertising revenue (up 26%) -- from sports programming rescheduling in the period. In addition, there was higher revenue at FX Networks and all Disney U.S. channels.