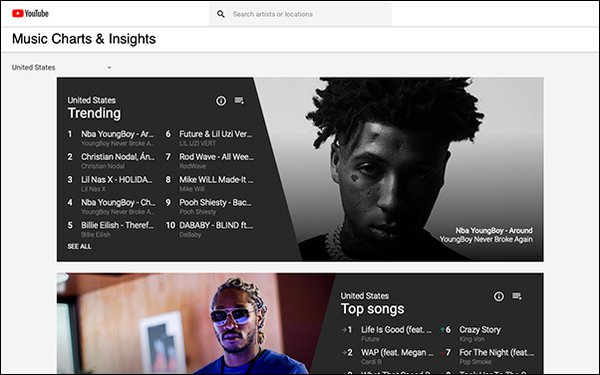 YouTube on Tuesday launched audio ads and dynamic music lineups as the number of logged-in viewers continues to rise.

Audio ads, in beta, is the first advertising format on YouTube designed to connect brands with music fans in engaged and ambient listening on the site, whereas dynamic music lineups are dedicated groups of music channels focused on popular genres, from country to hip-hop.

The lineups allow brands to advertise alongside the most popular artists and songs across key markets. The YouTube Charts power the Top 100 lineup for advertisers.

The COVID-19 pandemic pushed music video streaming to extremes, as it quickly grew in popularity. More than 2 billion people come to YouTube monthly to experience music as of June 2020, according to the company’s data. And that number is growing.

More than 60% of music consumption on YouTube happens on mobile devices.

In the months of alpha testing, YouTube found more than 75% of measured audio ad campaigns on YouTube drove a significant lift in brand awareness.

When YouTube analysts looked at music, that data showed the watch time on TV screens of recorded live music performances jumped more than 100% between July 2019 and July 2020. It shows in early tests of the audio ads.

YouTube made audio ads available in beta through an auction on Google Ads and Display & Video 360 on a CPM basis, with the same audience targeting options, bidding strategies, and Brand Lift measurement capabilities as YouTube video campaigns.

The beta is not open to brands selling products or service in sensitive verticals such as healthcare and medicine, alcohol and gambling.