Campaign Positions ESPN App For Surges in Mobile Use, Advertising 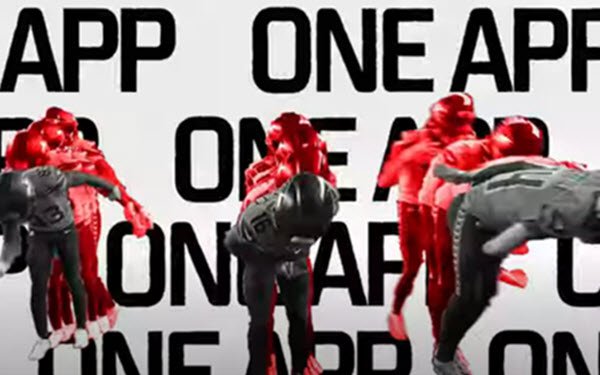 With mobile app usage rising rapidly since the pandemic and ad spend following, a new campaign aims to position ESPN’s app — the world’s No. 1 sports app — to maximize its momentum in 2021 and beyond.

The campaign, “One App, One Tap,” debuted Sunday night during ABC’s airing of the 2020 American Music Awards.

A 60-second ad (below), from the BSSP agency, spotlights the recently refreshed app’s capabilities and content offerings — including the ESPN+ streaming service — amid clips of sports action and ESPN personalities, with vocals by popular performance artist Chika.

Despite the suspensions resulting from the pandemic and truncated seasons for major sports, this has been a banner year for the ESPN app.

According to Comscore, through October, the app leads its next-closest competitor by 244% in average unique visitors and 98% in viewing minutes per month. The app has led in uniques for 32 consecutive months, peaking in January with a category record of 117.4 million (up 16% year-over-year), and the largest category share (58%).

The ESPN app also saw its best streaming month to date in September, according to Adobe Analytics data cited by ESPN.

Total unique devices and time spent viewing were each up 15% YoY. That was driven by ESPN+ — whose subscribers tripled during the past year, to 10.3 million, helped by being bundled, with Hulu, in the Disney+ package — and by authenticated pay-TV unique devices, which rose 26% in September and are at a record high.

“The ESPN App is the gateway to everything we have to offer, including ESPN+," said ESPN VP Brand Marketing Seth Ader, in announcing the app's ad campaign.

With cord-cutting rates continuing to rise and the major sports hiatuses, linear TV sports ratings have declined. But consumers have shifted to mobile and other connected devices, and the sports and media industries are hoping for a return to normal seasons next year.

At the same time, App Annie reports that globally, average mobile time spent hit 4 hours and 20 minutes during the COVID-19 pandemic (up 20% versus 2019), and that overall time spent in apps grew 25% YoY during the third quarter.

Furthermore, the mobile data and analytics platform projects that facilitated by mobile, time spent on "at-home" activities including streaming, food delivery, shopping, fitness, education, finance and business apps will mushroom by 43% —  to top 1.3 trillion hours in 2021.

All of this — along with parent Walt Disney Co.’s strategic focus on digital and streaming — explains ESPN’s eagerness to maximize its app’s user base as the new year approaches.