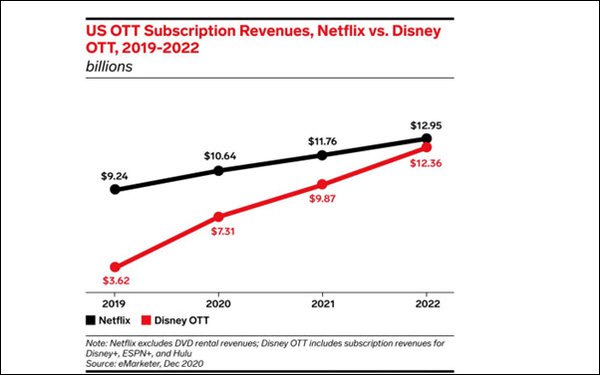 With its U.S. subscription revenues alone forecast to surpass $4 billion by 2022, year-old Disney+ and sibling streamer Hulu will enable the Walt Disney Company to nearly match Netflix’s share of the U.S. OTT market, according to eMarketer. 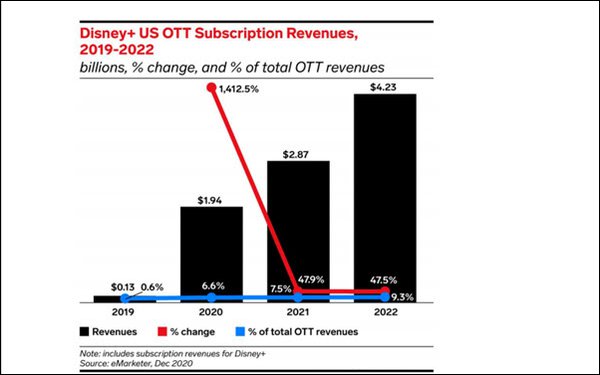 “Hit shows like The Mandalorian, Disney’s vast library, key distribution deals, and a massive marketing push drove strong initial growth in subscribers,” stated Eric Haggstrom, eMarketer forecasting analyst at Insider Intelligence. “It’s expected to continue to grow off that base as it ramps up content releases and brings some movies straight to the service, instead of a theatrical release, in some cases.”

“The subscription streaming landscape continues to expand,” Haggstrom said. “The good news for dominant player Netflix is that while new services like Disney+ have had successful launches, many consumers have been simply stacking services together.”

Here’s eMarketer’s projection of growth in U.S. OTT subscribers, by leading services, as estimated in August 2020: 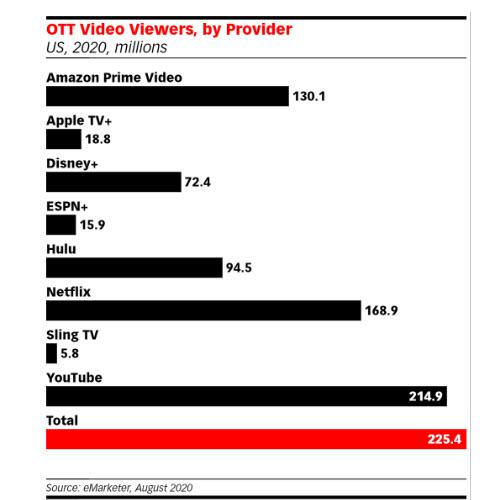