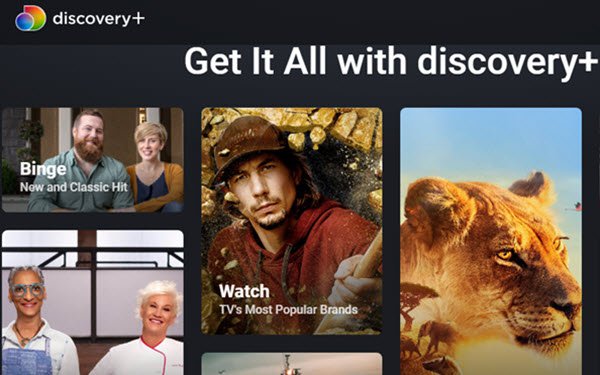 As Discovery+ goes live today in the U.S., Discovery, Inc. is announcing domestic distribution partnerships with Apple, Google, Microsoft, Roku and Samsung, as well as a deal to make the new streaming service available to about 100 million Vodafone TV, fixed broadband and mobile subscribers in 11 European markets and the U.K.

Discovery+ -- which already had distribution deals with Verizon in the U.S. and Sky in the U.K. and Ireland -- now has U.S. distribution agreements with Amazon Fire TV streaming devices and Fire TV Edition smart TVs (with Prime Video Channels distribution to come); Apple's iPhone, iPad, iPod touch and Apple TV (the app is fully integrated with the Apple TV app); Google devices and platforms including Android phones and tablets, Chromecast with Google TV and other Android TV OS devices; and Google Chromecast and Chromecast built-in devices.

In addition, individual markets can make the Discovery+ paid streaming service available to their subscribers during promotional periods. Those periods will vary by market.

The Discovery+ launches, which are to take place across 2021 and 2022, will be supported by promotional campaigns on Vodafone- and Discovery-owned platforms.

In the U.K. and Turkey, Discovery+ will only be available to Vodafone mobile customers. The BBC natural history partnership excludes the U.K. Olympic rights exclude Russia. Eurosport will be an Official Broadcaster in France and the UK for Tokyo 2020.

Discovery+ launched in the U.K. and Ireland last year before its official global launch today, January 4.

“Our hybrid agreement with Vodafone advances our broader strategy of expanding our linear distribution relationships to bring our popular content to consumers across more platforms and devices,” David Zaslav, president and CEO of Discovery, Inc., said in the announcement.