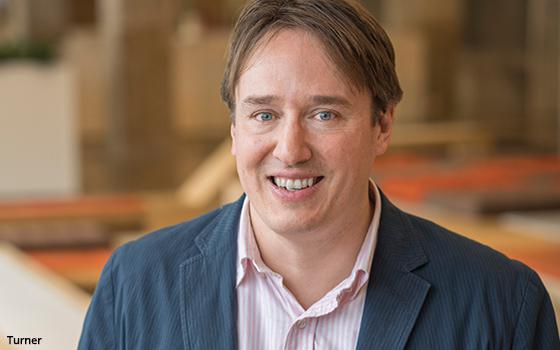 When Gene Turner began his ad agency career, he started on the conventional route as a media buyer at McCann-Erickson, negotiating advertising deals for big consumer marketers like Sony Pictures. But he quickly jumped to what many would have considered the decidedly less glamorous side of the media services business: performance media and marketing.

After cutting his teeth at direct-response giant Wunderman, focusing on business results-oriented media-buying for clients in the telecommunications and home security categories, he jumped to independent media services giant Horizon Media, where he became managing partner of its burgeoning direct marketing division.

Nearly two decades later, Turner runs one of the biggest and most effective performance media–buying groups in the world -- Horizon Next, which has a team of hundreds of buyers, planners, strategists and analysts executing more than $2 billion in performance media buys for clients including direct-to-consumer brands like Peloton, HelloFresh, iRobot and Poshmark.

And during what arguably was one of the most challenging years ever for marketers of all kinds, Turner’s team drove impressive results for some of the biggest movers in the direct-to-consumer category.

It led car-shopping service Carvana through its IPO and drove 90% sales growth during the pandemic by applying its test/learn/activate approach to media, while client FanDuel grew 125%.

As challenging as 2020 was, Turner’s new business record would have been remarkable in even the best of times —  generating eight new accounts, including A Place For Mom, Amerisave, Jenny Craig, Orkin, Pandora, Reverse Mortgage, Stamps.com, and Touchnote, for an estimated $150 million billings gain.

“It’s been an evolution,” Turner says of his career — as well as the art and science of performance media — over the past two decades, but he says the change actually accelerated during 2020.

“It plays out more and more with Covid,” Turner says of the fact that even many non-traditional direct brands have had to pivot and adapt to direct commerce and performance media models in order to maintain customers and market share.

Because he already built an “agile” team of creative, strategic thinkers who ground their plans in statistical marketing science, they have been able to leverage the change and help both conventional and non-conventional direct response brands along the way.

“We train our people to be business thinkers, people who can take signals and make sense of it,” Turner explains, adding that Horizon Next’s internal training programs are a critical part of his organization’s ability to adapt, learn and grow.

He concedes that some part of Horizon Next’s growth is due to a broader industry trend from long-term brand equity-building approaches to more near-time, direct-to-consumer performance goals, but he characterizes it as more of pendulum than a shift.

“When I started out, it was more of a hybrid world, but the industry has moved more over into more of a performance mindset and people have gotten more comfortable with the 'so what of the data'," he says, adding that although Horizon Next is focused on getting consumers to act, it never loses sight of the impact it also has on the role of the brand.

“You have to deliver both,” he says.