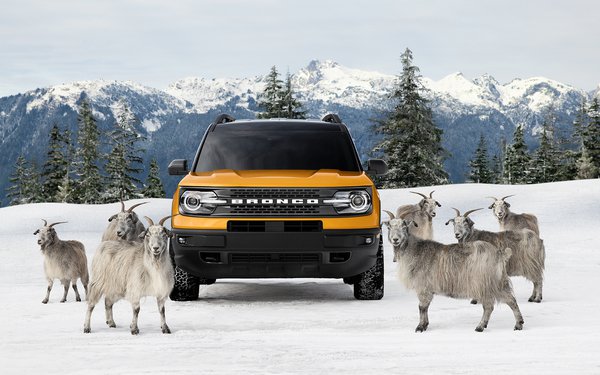 Ford Motor Co. is launching a campaign that focuses on the “extreme capability and power” of the Bronco Sport.

It details how the SUV developed its off-road capability, highlighting the vehicle’s Terrain Management System equipped with up to seven G.O.A.T. Modes, helping drivers “Go Over Any Terrain.” G.O.A.T. was actually the original internal code name for the original '66 Bronco project.

Creatives shows a herd of goats that come upon a colt in the mountains trapped under a rock. They rescue him, then raise him as their own. The horse then transforms into the adventure-ready Ford Bronco Sport.

Extra time was built in to the shoot to consider the needs of the animals, he says. Horses can be trained somewhat easily, but goats are another story.

While the animals are adorable, the focus is still on the vehicles, Jennings says.

“The idea is this vehicle is built for the wild, it’s rugged and tough, and the ultimate takeaway is Bronco has G.O.A.T. Modes,” Jennings says in a release. “We allude to that all the way through. It’s not just a knob on the vehicle – it’s a system that can take you nearly anywhere you want to go.”

A second spot, “Go There,”  debuts Jan. 11 on “Good Morning America” and cuts quickly in and out of multiple outdoor environments to showcase how the Bronco Sport is ready for any adventure.

A third spot, “Find Your Wild,” highlights the versatility of the vehicle. It debuts in February.

All three spots are under the umbrella theme of “Built Wild.”