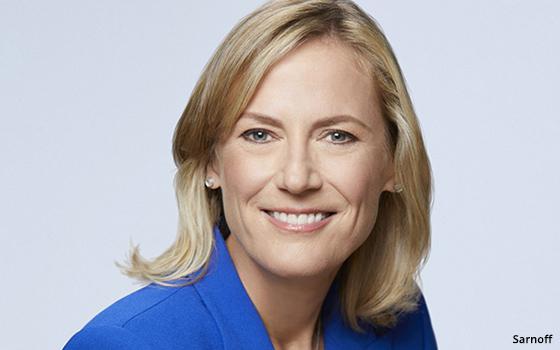 “It a completely different set of metrics that the industry is not geared to measure,” says Ann Sarnoff, chair-CEO WarnerMedia Studios and Networks Group, speaking on a Consumer Electronics Show virtual panel called “Entertainment Transformed.”

“Unless you are serving ads, the eyeballs in a day and date world are less relevant to the overall engagement of a [streaming] service.”

Current streaming entertainment services focus on factors such as the amount it costs to acquire a subscriber; the churn rate -- how many people leave the service; and what you can do to reduce the churn.

Sarnoff, who as the previous board chair of BritBox was responsible for launching the streaming service, says the film industry will change over time -- especially as invested parties of all types, attached to a movie, will demand it. “Talent will want to know how they are doing. Everybody wants a barometer. Everyone wants to know how am I doing, coach.”

For the theater industry, opening U.S. weekend box-office revenue results have been the key metric for decades.

“Opening weekend is -- and was -- a proxy for the success of a movie,” says Sarnoff. That opening weekend data could be a good measure of how a movie might perform everywhere -- even worldwide.

Still, one can’t always tell where a movie will go.

Sarnoff notes WarnerMedia’s “Joker,” which opened in August 2019, had an opening weekend of $93.5 million in U.S. box-office revenue. (It was anticipated to get $60 million). The movie then went on to take in $1 billion globally. “Nobody called that one.”

WarnerMedia made a major decision recently to launch all its 2021 feature-film movies in theaters at the same time they stream on HBO Max. Streaming consumers have a 30-day window to view those movies.

“We decided to be in it for the long game. ... We are pivoting to be able to adjust to the environment we live in. Do I wish the pandemic were over? Of course, I do. But I have some amazing movies that I would like the fans to be able to see.”

Much of this still has to do with widespread cinema closures around the world -- which may remain closed for the better part of 2021. Sarnoff says 60% of worldwide theaters are shuttered. And that means a film currently can’t open with exclusive windows just for theaters.

That said, WarnerMedia’s new streaming/theatrical movies pertain right now to HBO Max, which is only available in the U.S.