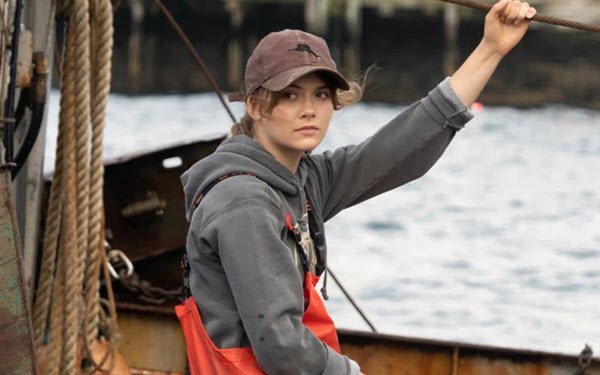 Apple Studios has paid a record-breaking $25 million-plus to best Amazon and Netflix for worldwide rights to “CODA,” following rave reviews for the film in its premiere during the 2021 virtual Sundance Film Festival.

Zack Van Amburg and Jamie Erlicht, who lead Apple Worldwide Video, made the deal for “CODA,” from writer/director Siân Heder.

Based on French film “La Famille Belier” and set in the Boston area, the movie explores the emotional struggles of Ruby (above), the only hearing member of her family (CODA stands for Child of Deaf Adults), as she is torn between helping to save her family’s fishing business and starting a music career.

Last year at Sundance, Apple and A24 teamed to acquire worldwide rights to “Boys State” for $12 million, surpassing the previous year’s $10 million record price for a documentary (Netflix’s deal for “Knock Down the House”). “Boys State” is now an Oscar nominee.

With the cinema industry pummeled by the pandemic and a growing number of new streaming services from major entertainment conglomerates now in the mix, traditional theatrical distributors were at a bigger disadvantage than ever in vying with the deep-pocketed streamers for promising new films.

The distributors “were disappointed to see that streamers blew them out of the water with bids that would leave a theatrical distributor hard-pressed to match, based on the modest sums that Sundance films often realize at the box office,” points out Deadline, quoting one "dejected" distributor as observing: "We just have such different goals, objectives and realities and valuations and we simply cannot compete with the streamers at these price points."

Price points in the $25 million range “amount to drops in the bucket for conglomerate-backed OTT services looking to line streaming service slates in this competitive moment,” Deadline adds. “Maybe this will change eventually if these [newer] streamers make as many of their own movies as Netflix does now. But in the near term, streamers that owned 2020 Sundance will likely drive the acquisitions market for festivals with finished films going forward.”