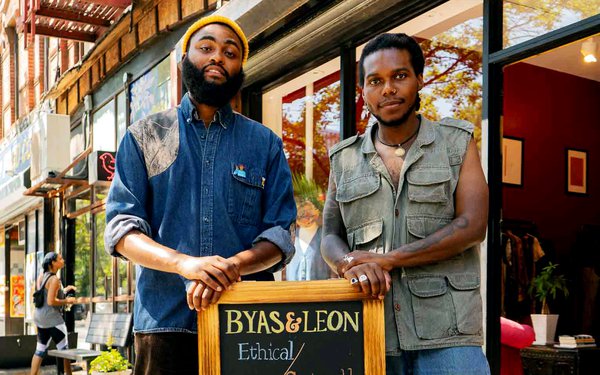 Agencies are recognizing Black History Month with special initiatives developed both internally and for clients.

BBDO Worldwide is partnering with online racial justice group Color of Change to leverage technology to replace controversial statues across the U.S.

The Pedestal Project invites visitors to the Color of Change Instagram page to access a gallery of statues in which users then use AR technology to place selected honorees atop empty pedestals where confederate monuments once stood.

“It’s an honor to put our creativity to work for something so positive and important,” states David Lubars, Chief Creative Officer of BBDO Worldwide.  “It’s a simple, reductionist idea: repurpose the pedestals that celebrated an ugly part of our past to now celebrate a hopeful part of our future.”

The agency worked hard to ensure these recreations are realistic by teaming with Black sculpture artist Spencer Evans to create original and authentic representations of each activist. These 2D sketches were turned into 3D-renderings using CGI technology.

This campaign will be featured on more than 570 digital billboards in 64 markets across the U.S. Lamar will amplify the campaign by using its social media channels to share more information about the featured individuals.

Match Group is promoting BLK, the platform’s dating and lifestyle app for Black singles, by tweaking the outdated racial stereotype “once you go Black, you never go back.” Instead this initiative seeks to embrace the glory of being young, Black, and forging one's path in life.

The “Once You Go BLK” creative, developed with agency partner T3, includes original content and video testimonials with BLK users, tailored to acknowledge how real people date, across the Black cultural spectrum. In organizing and executing the campaign, the agency teamed with Austin, TX-local Black business owners and creatives including T&J Hair Designs and Darian Younce as the set stylist.

The campaign launches on Instagram, and will roll out additional video assets, influencer efforts, corporate partnerships, with these themes remaining prominent in all ongoing messaging for future marketing activations throughout 2021.

With the Big Apple ranking as the city with the largest U.S. Black population, NYC & Company is launching “The Black Experience in NYC” hub to highlight the diversity and nuances within the area’s Black community. The site offers both virtual and in-person experiences, such as the Lower Manhattan NYC Slavery & the Underground Railroad Walking Tour, which explores New York City’s colonial roots, including the site of the City’s first slave market, a former stop on the Underground Railroad, and the African Burial Ground Memorial.

In addition to sightseeing, visitors can learn about different neighborhoods, watch videos and interviews from notable Black New Yorkers as well as dig into roundups of Black-owned businesses.

Ulta Beauty is committing $20 million to be allocated to media investments across multicultural platforms. In addition, the beauty retailer said it will double the number of Black-owned brands in its product lineup by the end of 2021 and dedicate more than $4 million to marketing Black-owned brands within the company’s portfolio.