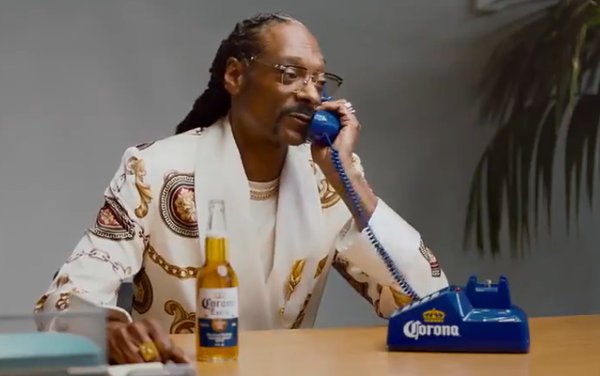 While most brands spend months developing their Super Bowl ads, Corona Beer is reflecting on its 48-hour turnaround to introduce Super Bowl-adjacent work this year.

As of Jan. 6, Corona Beer wasn’t planning on advertising in or around this year’s Super Bowl. The company has typically sat on the sidelines.

The agency was belatedly tasked with coming up with three ideas in 48 hours. Corona’s request arrived on Jan. 7 and C-K was asked to present on the following Monday morning. It was then all hands on deck at the agency.

While the agency’s Corona client team had some immediate ideas, a brainstorming session with people from every department at C-K — media, PR, social, user experience — was convened to see what else the broader team could come up with.

After two days and nights refining ideas, the one idea that garnered the most support internally was rooted around the Corona Hotline, first introduced in 2017 with NFL coach/commentator Jon Gruden riffing on amusing questions and concerns.

Player-turned-commentator Tony Romo took over a year later. “The truth is, we’ve had a form of this idea floating around over the years, since the first Corona Hotline shoot,” says Bill Dow, group creative director, C-K.

The resulting #RomoReplacement leveraged the fact that Corona needed to find another hotline operator since Romo would be busy announcing Sunday’s game. (He was also busy doing an in-game ad for Skechers).

The team went through a list of potential replacements for Romo. When asked for examples, Dow didn’t want to give names but did say one idea they had was to partner with the Cameo platform and have an “interesting” group of celebrities submit auditions.
Instead, C-K tapped Snoop Dogg and Shaq, who both have relationships with Corona, to submit their own clips.

Snoop has been in Corona spots, created by MullenLowe, and the brand sponsored this year’s Shaq Bowl. Sports personality Kenny Smith — the operator of the brand’s basketball Hotline which launched in 2020 but was cut short due to the pandemic — also submitted his audition.

“We were super lucky everyone’s schedules aligned,” says Dow. On Jan. 21, for instance, the team was juggling a Zoom session with Romo while also (remotely) welcoming Snoop Dogg to the set. While Dow admits he was “nervous” about pulling it off in the short time, he knew that “everything was going to be all right when Snoop showed up singing ‘Borderline’ and crushed his performance in four minutes — shortest shoot ever — total pro.”

The campaign then asked fans aged 21 and over to submit their own videos, with finalist videos appearing on Corona’s social media channels.