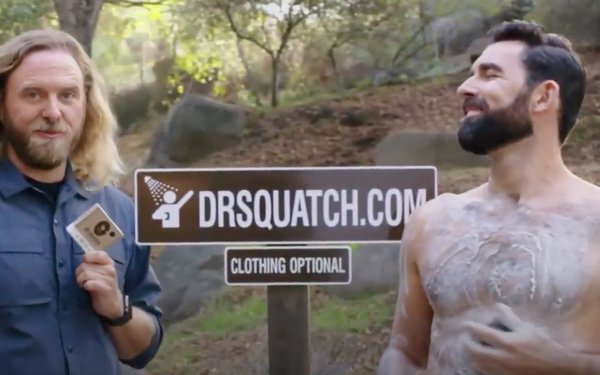 At a time when ecommerce is booming, Super Bowl brand ads that triggered curiosity among viewers were at their highest level since 2014.

For newer CPG players — like male-oriented, personal-care marketer Dr. Squatch Soap Co. — this meant tons of discovery during the annual playoff extravaganza while fending off competitors as consumers conducted searches for the brand.

Under iSpot.tv’s methodology, every ad is shown to a unique set of 500 respondents who complete standardized surveys, generating more than 12,000 data points for each ad.

“There were a high number of ads that didn’t register strong emotions,” iSpot.tv notes in a recap of Super Bowl LV. “Initial analysis indicates a lackluster year for emotional response.”

Curiosity — combined with the ever-increasing number of consumer searches that begin on Amazon — is the continuation of a Super Bowl trend, according to Mike Black, senior vice president at ecommerce performance platform Profitero.

“Someone’s intrigued by an ad and they immediately want to learn more about the product,” Black tells Marketing Daily.

“I think this trend of the Super Bowl being sort of a shoppable moment online — almost instantly — is definitely here to stay.”

The first-ever Super Bowl ad from Dr. Squatch was titled “Not a Dish, But a Man.” It basically mansplains the difference between an object that holds food and a man who might not be into natural ingredients but should consider healthier soaps and grooming kits.

According to Black, to maximize its TV investment, Dr. Squatch had bid to own tier one of search results on Amazon — along with buying all of the sponsored spots on the website.

“What we saw throughout the game was other brands starting to realize Dr. Squatch is going to get all this attention for the advertisement,” Black explains. “So they went into Amazon and started bidding on Dr. Squatch's terms so they would show up at the top of results."

“It’s a smart move for a brand that’s maybe not well known because, all of a sudden, you can start to almost siphon off some of the awareness that’s being driven by this other brand that is spending all this money advertising on the Super Bowl.”

According to tracking done by Profitero, Dr. Squatch was a top brand winner of Super Bowl LV, with a 200% growth in estimated market share in the beauty category on Amazon.

iSpot.tv says “Not a Dish, But a Man” was a hit among male viewers — particularly those ages 16-35 — “easily trouncing personal care advertising norms across every performance measure.”

After a single viewing, fully 63% of males reported “positive intent” from the spot.

“Emotional profiling and second-by-second engagement trends suggested that female viewers, however, were not as enthralled overall with the creative, among whom the ad sparked more ‘inappropriate’ response.”