Amazon Echo Lets Customers Be The Mothers Of Invention 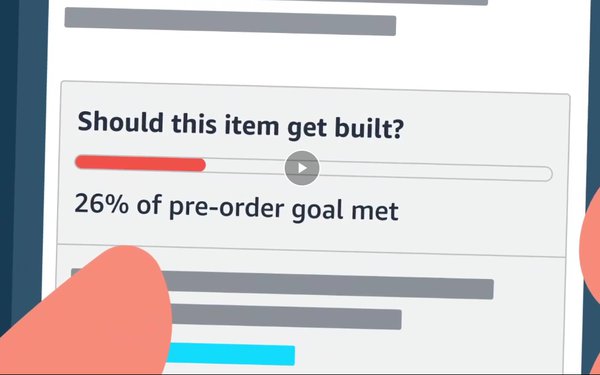 Sometimes a smart idea isn’t so smart after all.

Amazon is acknowledging that with its Day One Editions program, in which it floats descriptions and photos of Echo items it could make, if  consumers demonstrate willingness to buy those products.

If enough pre-orders don’t come in, it’s like it never happened.

Day One Editions, which started in 2019, is a lot like Kickstarter, Indiegogo and other crowdsourcing helpers, except those are often used by bootstrapping entrepreneurs who have a hard time rubbing two nickels together.

For that retailing, media and cloud-services giant, failure actually is an option. But if you can avoid it, why not?

Amazon’s Echo Frames eyeglasses hit the overall market in November 2020 after a year of being tested by the first people who came across them through the Day Ones Edition program. It is the first product to graduate.

At the same time. Amazon announced that the Echo Loop, a smart ring that had the same Alexa smart speaker functions, didn’t cut it.

The frames are, in Amazon’s description, “smart glasses that look and feel like everyday eyewear, that with custom-designed open-ear audio technology” allow a user to ask Alexa to do all the things Alexa does on a home unit They run about $250. Past the testing phrase, Amazon made upgrades. The frames now come in different colors and have other improved functions.

The newest program entrants, announced Feb. 17, are now being described and offered via the Amazon shopping site. The pre-order do-or-die deadline is March 19. 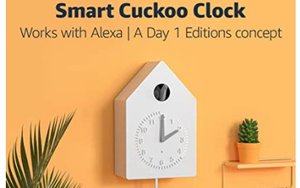 --The Smart Cuckoo Clock (which scores points just for its name), modeled after the  Bavarian cuckoo clock from the 1600s, except this one is cool, all-white and can be used to set timers and alarms. It also features a mechanical cuckoo. It is supposed to cost $79.99 for early adopters.

--The Smart Nutritional Scale, which weighs foods and provides, through Alexa, specific data like calories, carbs, or sugar content. It’s priced at $34.99.

--The Smart Sticky Note Printer that lets you speak “notes” to Alexa--like shopping lists and things to do--that are automatically printed out on that familiar yellow square piece of paper. It costs $89.99. That item is already off to the races. As of Friday, it had reached 99% of its pre-order target.