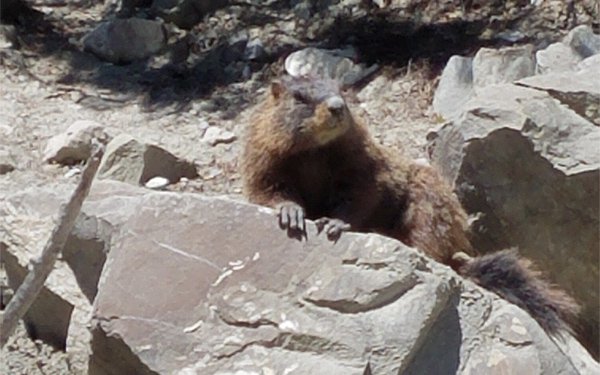 I’m not a chatty person. Just ask my husband. He’s the talker in the family. What can I say -- I’m a writer. I live in my head. When he’s totally fed up with my silence, he’ll go outside and find wild animals like deer, elk and moose, even a bald eagle, owl, and chipmunk to converse with.

I offered to buy him an Amazon Alexa or Google Assistant for the home, but he views the machines as an invasion of privacy. Maybe more than an invasion into privacy.

Amazon AI engineers in November wrote a post on how Alexa, with a new machine-learning algorithm, can infer that an initial question implies a subsequent request.

The step toward natural interaction provided the capability that allowed Alexa to infer customers' “latent goals” that are implicit in customer requests, but not directly expressed.

"It's just a constant barrage of asking me if I want to use some other feature that I do not want to use," wrote Mixduptransistor in a Reddit post.

"Okay, I've set an alarm. By the way I can wake you up with blah blah blah, blah."

"Okay, here's the answer. By the way, would you like me to blah blah blah"

It appears that Alexa has become pretty chatty, expanding the conversation into areas other than those initially initiated.

Stacey Higginbotham had a similar experience, and she wrote about it on her IoT blog.

“After responding to my requests for information, each would offer additional, unrelated information as an aside,” Higginbotham wrote. “Using the phrase ‘by the way’ or ‘as a side note,’ both Amazon Alexa and Google’s Assistant were providing me with unsolicited advice.”

The inferences were a precursor to Alexa Hunches.

Amazon in January rolled out the feature Alexa Hunches, which allows the assistant to complete tasks without having to ask permission. Alexa will perform hunches — such as automatically turning off lights based on past habits and requests.

The biggest challenge with these features and the intelligence of these machines is that these are devices people use or “command,” as Higginbotham writes, rather than something users engage with, despite what brands may prefer.

Most people do not want to engage with these machines, and the more information they learn about the user, the more fodder and data they gain to target ads as third-party cookies disappear and additional privacy laws are implemented.

After all, this is an opt-in device, which learns the user's habits and preferences.

Having to engage with brands may become an annoyance. It would for me.