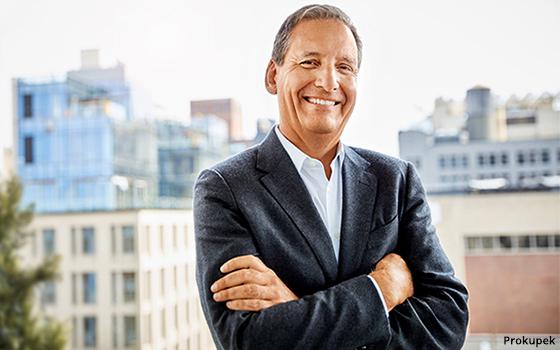 For the last year, most of us have been cringing at our appearance in clusters of virtual meeting windows. The worst part of our current ZOOM hell may have been having to stare at our own mugs for 12 months.

Needless to say, this communal exercise in self-loathing has sparked a boon for any company promising us a better look. But Ideal Image’s Med Spa chain of 150 retail medical aesthetics treatment locations had a problem. There was a ton of demand and no supply, as they had to lock down their physical services for laser hair removal, cool sculpting, botox and the like, by medical professionals.

But as CEO David Prokupek tells us this week, the company quickly accelerated its emerging virtual consultation system to leverage the digital channel in preparation for the eventual return of physical engagements.

The company has seen growth this year as it quickly pivoted to a telehealth consultation platform that now serves over 25,000 people a month. And as retail slowly reopened, Med Spas are already performing 75,000 procedures a month. It is a good case study in building back better. You can listen to the entire podcast here.

MediaPost: How does the virtual consultation change your relationship with the consumer, and subsequent interactions with them?

David Prokupek: We've always been fortunate to have a consultative side of our business. A year ago we had 150 -- primarily women -- who were really experts at having a personal interaction with you, and that interaction primarily happened in clinic. And whether it's about getting rid of unwanted fat or wrinkles or hair, it was really a very personal, intimate one-on-one conversation.

We saw the trends towards the whole tele-world before the pandemic. And, as a result, probably two weeks after closing, we were able to be up and running with this tele platform. The conversation is a branded conversation. It's a private conversation, and it tends to be a half an hour to an hour long. We've been able to digitize the sales process through training our sales force.

MP: In the last year you launched a membership program where people maintain a subscription relationship with you, and it's not cheap; it's $250 a year. 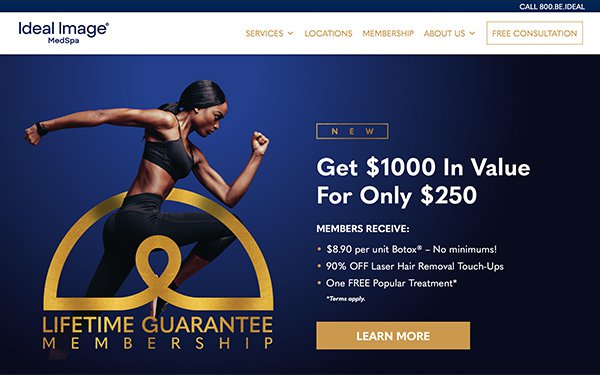 Prokupek: I think it's one of the first of its kind in the category. We think it's quite affordable. Often people will spend $500 or $800 maybe for some form of botox treatment, into the many thousands of dollars for fat reduction.

We saw a white space for the consumer to be able to enter aesthetics affordably at $250 a year. And what we give the consumer back is a free treatment worth at least that much money. So people can get a free laser hair treatment, a cool sculpting treatment or cool toned treatment, all kinds of things worth more than the $250 that they pay.

So that has turned out to be very valuable and a good client acquisition tool for us. And then we're able to provide just our best pricing across all of our services as a result of it, and they don't have to make any monthly commitments. It's a once-a-year thing, and they don't have to commit to spend really anything after that, and so it's been an amazing launch of the membership.

MP: It strikes me that these two things that we've talked about are not disconnected. That having that deeper telehealth relationship with the consumer in some ways makes it easier to launch and sustain this kind of membership program.

Prokupek: Broadly, one of the benefits of the tele platform is its scalability and the number of interactions that you can have fairly quickly. In this national model that we have, our skin, face and body specialist can be sitting in Seattle and talking to women in Miami.

Our specialists are seeing almost twice as many people a day because they're not waiting for different people to walk into a clinic. As a result, you learn about the reaction to the membership or any product or offering or new promotion, and that test and learn happens very, very quickly, and it helps us thrive.

MP: How will this hybrid online/retail model change the retail experience?

Prokupek: This is the new normal. I mean, we are going to operate from a national platform of advising primarily women around the United States about their aesthetic needs. The model of acting nationally and treating locally is here to stay.

The comfort with telemedicine is unbelievably high -- over 75% of consumers are comfortable having a Tele-health interaction, probably up from 30% or 20% 18 months ago.

Our clinics now only have our medical pros, our nurses and the staff who do the treatments. We don't really have lobbies anymore. We're taking people into just the private treatment rooms. And the other interaction -- the nurses now are having that next interaction with the client.

And in a way it's becoming more intimate, because the person doing the treatments is having that next-level conversation about what's next on their wish list. And so I think it's here to stay. 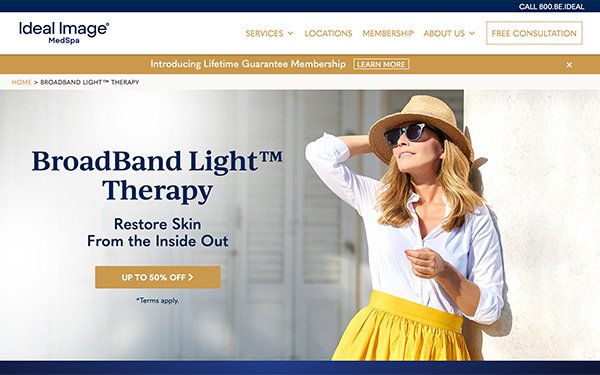 MP: With lockdowns, you lost all of that out-of-home brand exposure that is critical to service businesses. How did you compensate in your media mix?

Prokupek: In our business, people aren't just walking into a Med Spa to get a treatment, so it's been great. We leaned into our direct-to-consumer marketing spend. We had to close, starting in the middle of March, all of our clinics, and yet, starting on basically April 1, I restarted spending 10%-15%-20% of our media budget while we were closed.

And so we used our digital presence to keep the brand awareness up, and we spent money on different social things -- not just on getting leads, but just on what to do at home and skincare regimens and wellness and yoga and meditation. Media became so cheap during that time.

As a result, [we] started really taking share. When the rest of the world was suffering from a lack of foot traffic, we were back at well over 100% by June, and so that turned out to be a good decision.

MP: Was it mainly branding, and in which channels were you buying?

Prokupek: Yeah, it was. In our shop we don't separate between branded and performance, and so we're trying to do both as much as we can at the same time. The channels we started in, primarily in paid social and in paid search, besides the organic. And the front-end prices probably felt (fell) 40% to 80% during that 60-90 day period of time, and oddly enough, consumer demand was still there, and it was very successful.

We used our medical pros, our medical directors, to basically tell a story of safety: how we were operating at hospital grade. So we really leaned into the “we're ready for you,” and it turned out to be very successful.

MP: Which formats are most important to you? Is it static display, is this a video story?

Prokupek: Look, we're in the aesthetics category, and so a lot of times video is the best way. It's funny, when I came to the brand half the media spend was in radio, and it had been built on an endorser strategy. Today we know we don't spend any money on radio, and it really is through primarily digital channels.

So we're using the six-second, 15-second videos in paid social and search.

A lot of people in the aesthetics category lead with a sex appeal strategy. We really moved our brand positioning to be medical grade and this notion of results by getting a team of medical pros. We moved away from the sex appeal and the lifestyle photos that are, I would say fairly rampant in our category, and really leaned into results. And that's really been a big shift for us in building the brand.

MP: Have there been any surprises about the marketing channels or consumer behavior?

Prokupek: One of the surprises is how quickly the consumer returned to wanting services. We could just see it in all the digital data -- whether you looked at ClickShares and Google, or all kinds of indicators, just the amount of searches and other things happening. The desire was growing and quickly was above 2020 levels by the time you got to July-August.

And so just that data about consumer demand gave us a lot of insights of where to go fish, and where to place our bets on media and all of that.

I think the other surprises, at least in our brand, is that some of the media prices and everything flip-flopped. After the initial drop, we've seen tremendous gains and better metrics that come with the performance marketer in the branded search and paid search categories.

And I would say the surprise to me is how many gains we've gotten from the technology platform making it easier to connect, making it easier to have an instant consultation. All that convenience for the consumer has made leads look better than they used to. And I think that would be a message. I would say so many people focus on the source of the leads, and we're doing that, but focusing on what to do with the lead. The gains we've gotten has been surprisingly good.

MP: That sort of leads me into my wrap question, which ties together some of this new stuff you now have. You’ve got a Telehealth platform, you've got a membership program,  you're leaning into digital. So, have your primary KPIs changed over the last year?

Prokupek: Absolutely. Look, post-COVID, we've divided our business, the leadership and everything. We have a sales side of our business and a clinic side, and it used to be all in one.

And so there's a whole new set of KPIs for the sales and the digital funnel and all that we've been speaking about. And there's a separate set of KPIs around how we operate our clinics.

That division and those new KPIs have helped us prosper. I'd say too, within the tele world, one of the new KPIs is how many instant consultations we do. I mean, we used to schedule something same day, but pre-COVID you'd come tomorrow or the next day. And so our time to service a lead has shrunk. And so there's a bunch of data around those kinds of KPIs that we measure every day. We're measuring sales per hour now and those kind of productivity KPIs.

The normal CPAs and CAC and conversion rates, those are largely the same. But the real gains are coming from some of these other KPIs that you mentioned. We're really focused on the repurchase rate and the reengagement rate and some of those other KPIs.

We're focused on our membership.  We're now getting almost 40% of every customer buying a membership. Our attachment rate on membership is off the charts, and so are ROIs. There's a lot of new KPIs here that are driving lifetime value and driving the way we think about the business.