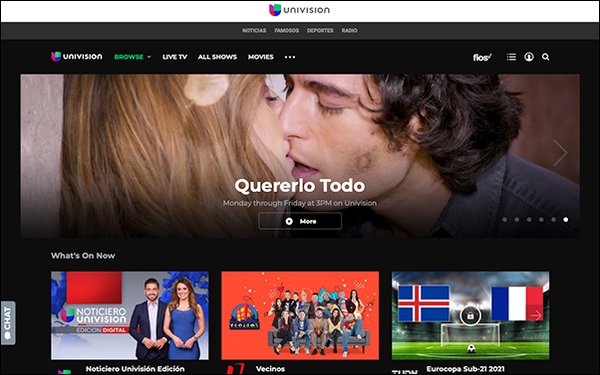 The company says there was softness in various advertising categories -- automotive, media and entertainment, telecommunications, restaurants and financial. All were impacted by pandemic.

Univision says media networks' non-advertising revenue -- which includes subscriber fee revenue and content licensing -- was $286.8 million, virtually the same as the total of $286.5 million in the fourth quarter of 2019.

Subscriber fee revenue slipped 1% to $255.1 million in 2020, due to subscriber losses largely offset by rate increases. Content licensing and other revenue grew 5% to $31.7 million.

The company’s radio business advertising grew 1% to $61.3 million, also due to more political advertising. However, much like its TV network's core advertising, revenue declined: 17% to $48.0 million.

Overall, the company grew 4% in revenue in the fourth quarter to $722.9 million.

It posted a net loss from operations of $39.1 million versus $93.9 million in income. Much of the loss stemmed from $59.8 million in transactions costs related to the sale of the majority ownership in Univision Holdings.