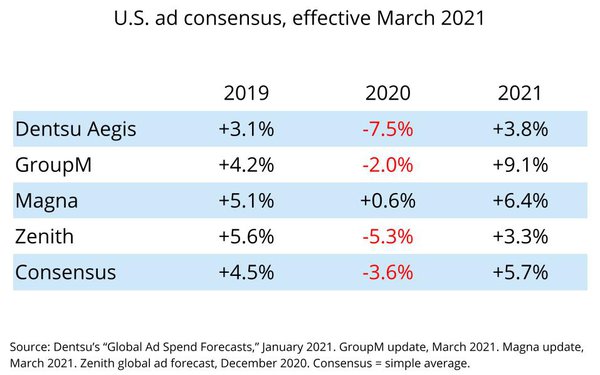 IPG Mediabrands' Magna Global unit becomes the second major agency forecasting unit to update its U.S. advertising outlook, revising its 2021 forecast to +6.4%, a 2.3 percentage-point improvement for the 4.1% growth it was projecting for the U.S. ad economy when it released its last estimate in December 2020.

Magna also is the first agency holding company unit to move its official 2020 U.S. estimate into positive territory: +0.6% vs. the -1.3% it had estimated in December 2020. 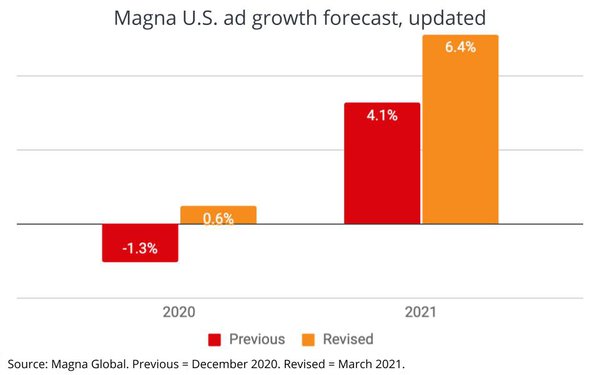