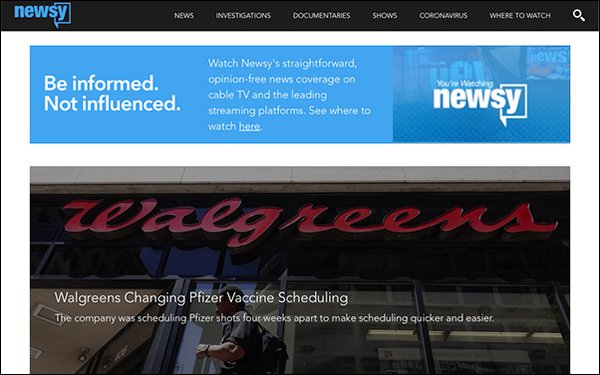 The company claims that Newsy will be the first U.S. news TV operation to be distributed as an OTT platform and an over-the-air network.

Scripps says the network will launch October 1, covering 80% of U.S. TV homes in all major markets. It will be carried on local digital signals owned primarily by Scripps-owned ION stations and some Scripps local TV stations and other groups.

Over-the-air TV homes -- with digital antennas -- grew 40% in 2020 to more than 50 million U.S. TV households, according to Horowitz Research, as per Scripps. Scripps points to expected growing and young audiences seeking out news TV services such as Newsy.