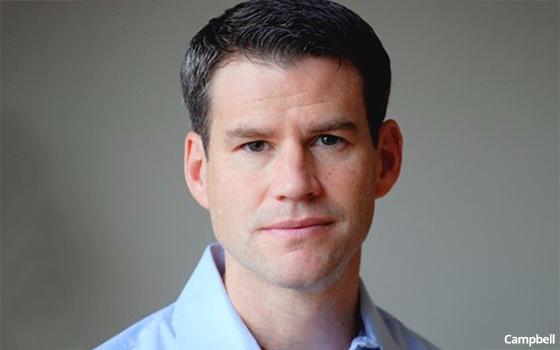 He will be responsible for global strategy-corporate development and, in particular, fast-growing media channels, such as connected TV. Campbell will report to Mark Zagorski, CEO of DoubleVerify.

Last month, in its IPO filing with the SEC, DoubleVerify says revenue rose 34% to $244 million in 2020 -- coming from 1,000 advertising clients, 45 of which represent at least $1 million in annual revenue.

Some 61% of its transactions came from mobile-device activity, with 32% from desktop devices and 3% from emerging digital channels, which include CTV.

Previously, Campbell was Chief Strategy Officer at Telaria, where he oversaw the merger with Rubicon Project and the acquisition of SpotX to form Magnite, the sell-side media platform.

Before that, he was senior vice president, global strategy-corporate development at Nielsen, overseeing digital media and consumer measurement acquisitions. He arrived after steering the sale of eXelate, the data management platform, to Nielsen. At eXelate, he was COO.