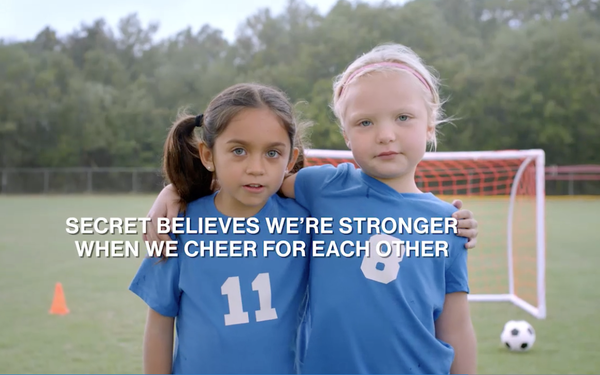 Procter & Gamble is entering into a wide-ranging deal with Major League Soccer as it enters its 26th season.

Consistent with its other major sports partnerships, P&G aims to engage MLS’ young, multicultural and passionate fans and also collaborate with MLS on efforts to support local communities and increase equity in sports and society.

The agreement comes during a time of overall momentum for the sport, including the 2026 FIFA World Cup, which will be held in North America.

The partnership enables P&G brands such as Gillette, Old Spice, Crest, Oral B, Dawn, Charmin, and Bounty, to tap into and support the passionate fandom for the world’s game.

P&G already has long-standing sports partnerships with the NFL as well as the U.S. Olympic and Paralympic Committee, but P&G Chief Brand Officer Marc Pritchard calls MLS “one of the most dynamic sports leagues in North America," one that's "committed to utilizing sport as a vehicle for positive social change.”

“Our brands will work with players, clubs and the league to engage passionate soccer fans,” Pritchard tells Marketing Daily. “We will do this through advertising campaigns and in-store activation.”

P&G is committed to equal opportunities and increased visibility for women, both within sports and beyond, Pritchard says. The company’s Secret Deodorant brand has partnered with professional women’s sports organizations and athletes including the National Women’s Soccer League, the U.S. Women’s National Team, as well as players including Alex Morgan, Carli Lloyd and Crystal Dunn.

In an effort to increase visibility and support of women in sports, Secret is the presenting sponsor of the 21-game NWSL Challenge Cup that kicked off last week.

The partnership will result in support of local youth soccer, especially girls -- which will fit in with the brand’s #LikeAGirl effort, he says.

“Over the next several years, we look forward to collaborating with Major League Soccer on a variety of efforts to support local communities and bring even more accessibility and inclusion to the sport for everyone,” he says. “We will work alongside MLS to help ensure more young men and women who want to participate in soccer at all levels are able to do so.”

P&G will work with MLS and other partners to help families overcome barriers like cost and travel to ensure more equal access to the game at all levels, says Gary Stevenson, MLS deputy commissioner, and president and managing director of MLS Business Ventures.

“Our agreement with P&G marks the widest-ranging partnership to date,” Stevenson tells Marketing Daily. Adding a company as large and powerful as P&G could be a catalyst for the league’s continued growth, he adds.

Sports partnerships are more attractive than ever, Pritchard says. “Sports bring people together, even throughout the uncertainty and stress of the past year."