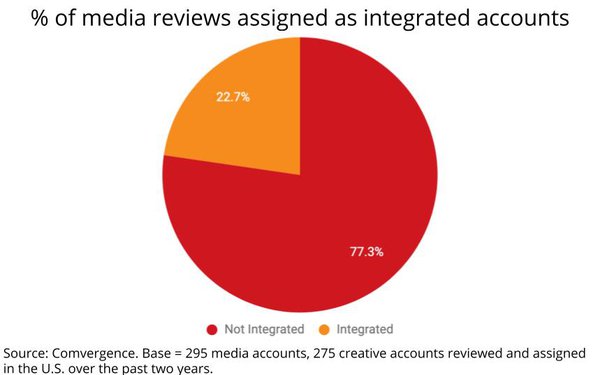 Major U.S. marketers appear to be streamlining their agency reviews, moving from an "unbundled" approach to consolidated media and creative account pitches, according to an analysis by advertising accounts research firm Comvergence.

The analysis, which covers major U.S. account reviews over the past two years -- including 295 media and 275 creative pitches -- found nearly a quarter (22.7%) were handled as integrated media/creative account reviews.

Of those, 13 -- or 19.4% -- were awarded to the same holding company, with Interpublic coming out as the biggest winner of consolidated account reviews, reaping nearly half (six) of them. Omnicom, Publicis and WPP each won two of the consolidated reviews, while MDC Partners won one.

The analysis showed no comparisons to similar trends during previous years, but the Comvergence analysts concluded it is an indication that advertisers are "streamlining" their agency partnerships following years of unbundling services.