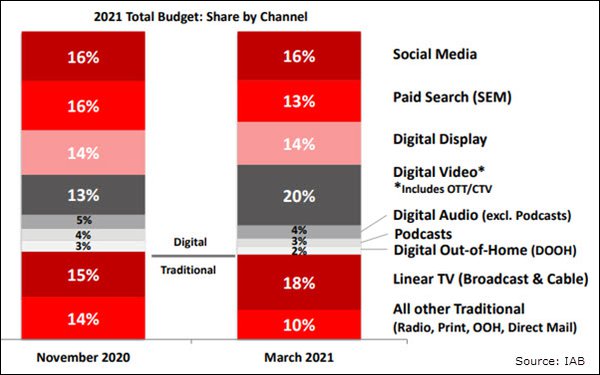 Media buyers surveyed by the Interactive Advertising Bureau at the end of this year’s first quarter plan to increase U.S. spending for digital video, including CTV/OTT, to 20% of their total media budgets this year — up from an average of 13% in IAB’s last survey, conducted in November 2020.

However, it's not a case of more money coming out of linear TV, which is now expected to command an 18% share of total media spend, on average — up from 15% in November. (Chart above.)

Instead, all other traditional media are set to take a hit, with their share pegged at just 10% -- down from 14% in November.

Search is also being somewhat de-prioritized, with its share downgraded from 16% to 13%, as are podcasts, digital audio and digital out-of-home, which in combination are set for a 9% share, versus 12% as of November.

Also, in a separate question, most buyers confirmed that their 2021 linear TV investments will match or exceed 2020’s, although 37% each expect to allocate less to linear upfronts and the scatter market.

As far as buying methods go, more than half (54%) of CTV buyers say they'll be allocating more of that channel’s investment to programmatic buying than in 2020, while most indicate their allocations for the NewFronts, traditional TV upfronts and the scatter market will be about the same.

Most who buy digital video also said that reserve-based buying will probably (52%) or definitely (27%) become more “scatter-like” as programmatic continues to grow.

Two-thirds (64%) of those who buy digital video use self-serve bidding platforms for buying, either through a partner (51%) or an in-house platform (13%).

Asked why they invest in digital video, nearly three quarters (72%) cited its wide audience, followed by 60% citing its reach to young consumers. 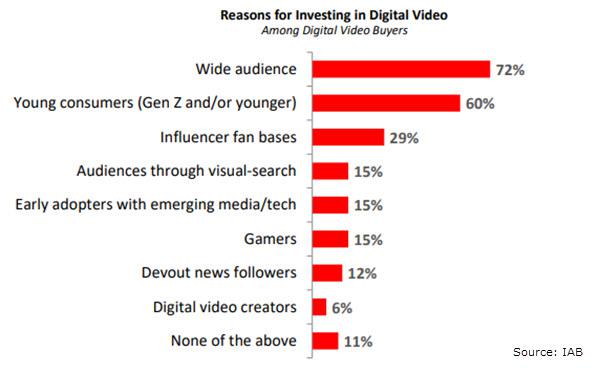 Looking at other types of investments, ATV followers take note: 56% plan to invest in addressable TV, and that’s up 18% versus November.

Investment in first-party data acquisition and partnerships has seen the largest increase in prioritization since November — up 26%, with 64% now citing this as a priority. Not terribly surprising, given Google’s phasing out of cookies Apple’s looming location tracking opt-in, and privacy regulations, of course. 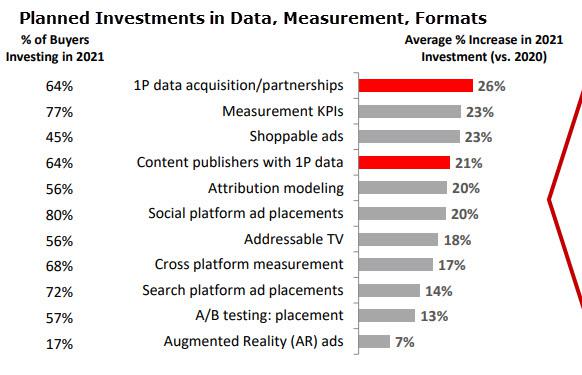 IAB’s latest survey also shows media buyers expressing significantly more confidence in their advertising budgets now than in November, and being considerably less apt to review their media budgets on a weekly basis.