What Advertisers Get Wrong When Marketing To Asian-Americans 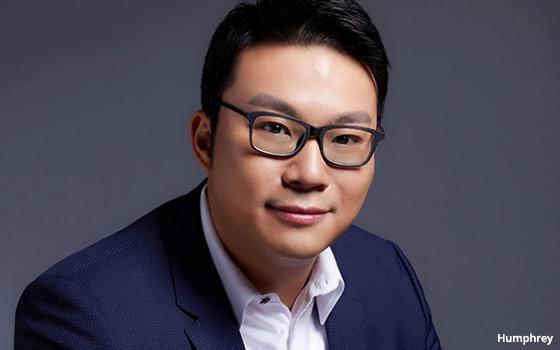 Advertisers are widely missing the mark when it comes to connecting with Asian-Americans, according to Humphrey Ho, one of the few Asian-American founders of an advertising agency, Hylink.

While multiculturalism remains a hot topic within Adland, particularly with Black and Hispanic shops, there is a lack of focus on the Asian community, barring a few blue-chip brands.

This may be why advertisers are unintentionally committing a lot of faux pas in the multilingual space that they would never do with other ethnic minorities, such as Latino Americans, says Humphrey, who is based in Santa Monica, California. “It is just a little bit entertaining to watch.”

It is confusing since advertisers recognize the need to rewrite English into Latino-appropriate language, but currently Asian messaging is just a literal translation from the mainstream copy. “Just communicate in English,” he states. “The community knows how to read it. They know how to speak English and think (translation) is more pandering than it is relevant.”

“Clients might need sensitivity training," advises Ho, who previously worked for Wieden + Kennedy and Google. “They have to understand the community more than as a language, but rather as differential messaging opportunities.”

Canada’s CIBC gets it right, he thinks. The financial institution has giant ads at Canadian airports welcoming travelers in an array of tonal-specific languages. Chinese visitors, for instance, receive the information that one doesn’t need a credit record to hold a CIBC credit card -- and elsewhere in the airport, there is an actual booth to sign up. This messaging is working, Ho says. “CIBC has the most Chinese Canadians customers.”

Ad planners may even be more off-target, since they don’t know which ads to serve Asians, he says. As a Chinese American, he gets a lot of simplified Chinese ads as well as a lot of traditional Chinese ads, which are targeted to separate target groups that do not overlap. “Media planning and dynamic creative is really lacking with this community.”

Ho offers a few tips to advertisers seeking to better connect with Asian-Americans.

For one, there is a big misperception that brands have to do a cause-related advocacy push with this audience. “It is the exact opposite effect of other social campaigns being overly corrective in social action,” he says. “You are going to actually see a negative result with an Asian American population by trying to be overly sensitive to catering to their language and needs because the translation of the language is not very accurate, plus it is going to be really expensive, and they are going to do a really poor job at it. It isn’t really effective to do so.”

Brands would be better off creating content that resonates with the group. “Crazy Rich Asians” and musical group BTS, for instance, appeal more to them than Hulu’s "The Handmaiden’s Tale." “Pandering to them further risks insulting them which actually pushes them away with any further social reaction because the group simply turns it off,” he recommends. “And that is a common cultural element.”

Advertisers need to understand what makes Asian-Americans want to connect. To that end, Asian-Americans need older, mature-skewing messaging than their mainstream counterparts.  "For instance, if you are targeting a group of people in their 40s or 50s, you should do that messaging for Asians in their 20s and 30s because if you look at the English-speaking population, Asians tend to move through life phases faster. We get married and have kids younger," says Ho. "We buy houses at younger ages and tend to mentally mature faster as a result than their peers. We think of tradition and legacy. Other trigger points are value and reliability.”

Yet, marketers do not necessarily need to create new messaging, he says. “There isn’t anything we have to change in society and marketing to target this group, it is just understanding what makes them tick rather than changing the language.”

Next, from a social media perspective, marketers should differentiate between new Asians versus English-speaking Asians that are second- and third-generation. For instance, new immigrants from Japan are best connected through Line, Koreans through Naver, Chinese through Wechat.

Vietnamese are on Viber. English-speaking Asians are reached through Facebook and Instagram. “Clients should consider demographics like Long Term Temporary, 1st, or 2nd Generation (and beyond).”

It doesn’t take much effort to make a difference. “We don’t necessarily need more people in the boardroom” but instead “we need to recognize Asian-Americans are not a monolith group without specific nuances.”

Even obvious points still tend to be overlooked, says Ho. “If you were to target Asians through household income, and the basic demographic profile was $100K-$125K a year, you might not have a great response from the Asian demographic as the income band might be higher.

“We see this everyday as a media buyer, and having our clients get better coverage in the Asian-American community means exceeding the brief.”