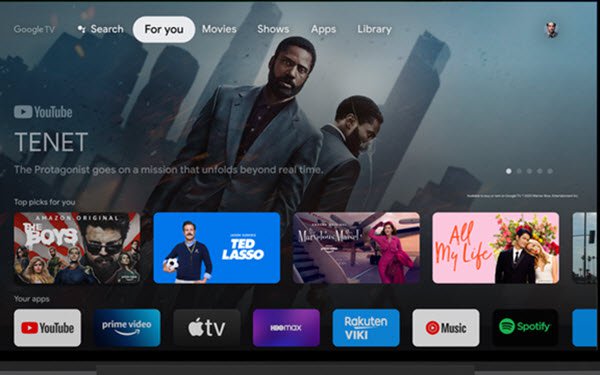 Google’s big push to expand Android TV OS’s user base looks to be yielding results — pushing its total device accounts beyond the last reported totals for Roku and Amazon.

On Tuesday, during its Google I/O event, the tech giant announced that Android TV — including Google TV, the experience it launched last fall — together reach more than 80 million active devices globally.

Google, which launched Android TV in 2014, reportedly reached about 50 million active devices as of May 2020, which would mean that it realized 60% growth over the past 12 months.

In comparison, Roku, which debuted in 2008, reported that it had about 51.2 million active device accounts as of year-end 2020 —representing year-over-year growth of 14.3 million, or 39%.

Amazon, meanwhile, reported 50 million active devices as of December — up 25% compared to January 2020.

Devices don’t equate to individual users, since a single device may have multiple users.

Currently, Android TV’s users are heavily concentrated in Asia, whereas most of Roku’s are in the U.S., notes 9to5Google.

Google did not provide specific U.S. numbers, but said that Android TV OS has seen “more than 80% growth in the U.S. alone.”

Google announced that it is launching an Android TV remote-control feature for Android phones. In addition to controlling playback and other functions, the app will use the phone's keyboard to enter the text when searching or entering passwords.

It also announced a Cast Connect with Stream Transfer and Stream Expansion feature to enable users to cast from their phone/ tablet or Chrome browser onto a developer’s app on Android TV. The feature also allows users to transfer media to other devices and play audio on multiple devices.

In addition, to encourage rapid integration of Google TV on devices beyond Chromecast with Google TV and more brands of smart TVs, Google is introducing new support for developers,  including a test lab and an emulator.