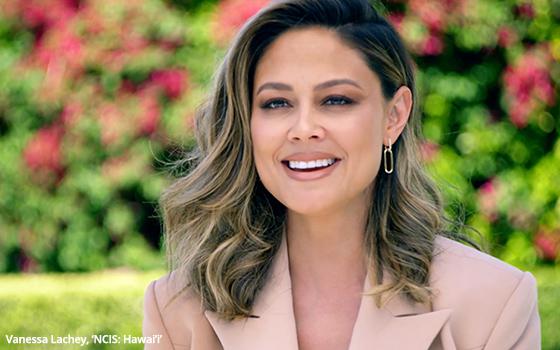 CBS’ new 2021-2022 prime-time schedule leans on the tried and true -- three new crime procedural shows, with one each for the "FBI" and "NCIS" franchises and the return of "CSI."

In all, CBS will have three different versions of the "FBI" franchise, adding "FBI: International" this year to "FBI" and "FBI: Most Wanted."

There will now be three versions of "NCIS" -- with "NCIS: Hawaii" replacing "NCIS: New Orleans," as well as returning shows "NCIS" and "NCIS: Los Angeles."

CBS is bringing back the initial "CSI" franchise, now called "CSI: Vegas," with the return of many original cast members. The original "CSI" called "Crime Scene Investigation" first launched in 2000.

Through 32 weeks of the season -- May 2 -- CBS' best-rated prime-time show is "The Equalizer," averaging 13.1 million viewers from the Nielsen live program-plus-seven days of time-shifted viewing metric. Six episodes have run since its debut after the Super Bowl in February.

CBS maintained its top position in averaging more prime-time viewers than other networks this season -- with 6.3 million through April, according to Nielsen live program-plus same-day time-shifted viewing. But it declined 9% from a year ago.

Also for the fall, CBS will have a new comedy, "Ghosts," about a couple who converts a rundown country estate into a bed & breakfast, only to find it’s inhabited by the spirits of deceased residents.

There is a new comedy coming midseason, "Smallwood," about a man who gets laid off from a car assembly line and follows his dream of becoming a professional bowler. A new midseason drama, "Good Sam," is about a gifted heart surgeon who takes over as chief of surgery after her boss falls into a coma.